A new poster for next year’s “Power Rangers” reboot surfaced online Thursday offering a first look at the Zords.

For the uninitiated, a Zord is a colossal assault vehicle that is often piloted by a Power Ranger. Some Zords can combine to form a humanoid robot known as a Megazord.

The Yellow Ranger’s Sabretooth Tiger Battle Zord is the only one that we can actually get a clear look at in the poster released (via comicbook), but the rest of the them can also be seen in the background, meaning that each Zord might get its own poster. 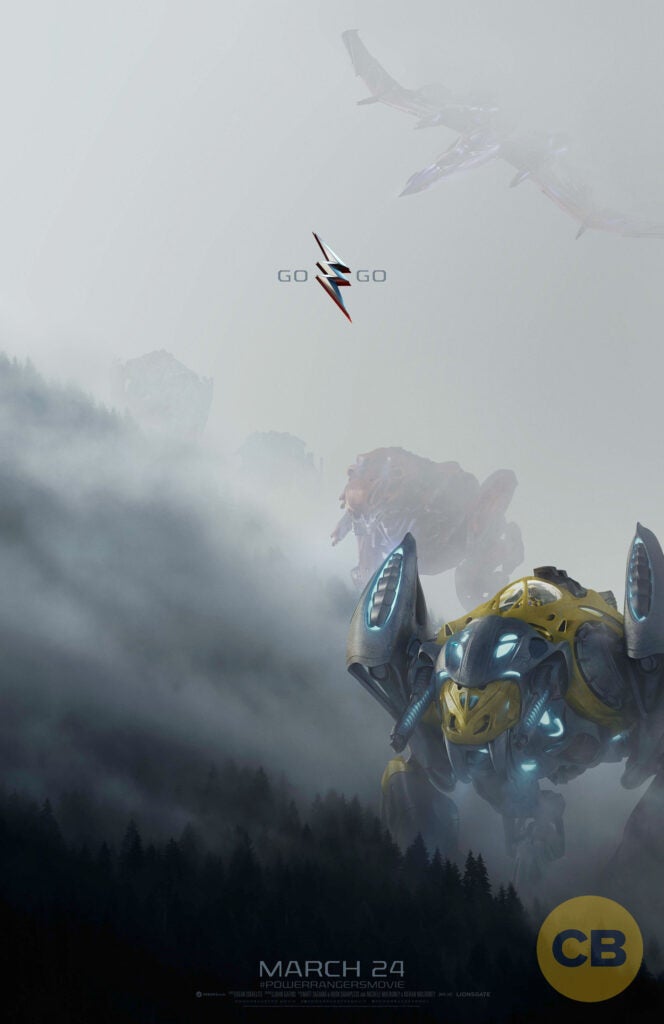 Liongate’s big-budget production is taking on a much edgier tone than the original television series, which has been reflected in the film’s costumes — previewed for fans in early May. Costume designers have thrown away the spandex, designing harder-looking armored suits.

Saban’s Power Rangers follows five ordinary high school kids who must become something extraordinary when they learn that their small town of Angel Grove — and the world — is on the verge of being obliterated by an alien threats.

Chosen by destiny, our heroes quickly discover that they are the only ones who can save the planet. But to do so they will have to overcome their real-life issues and band together as the Power Rangers before it is too late.