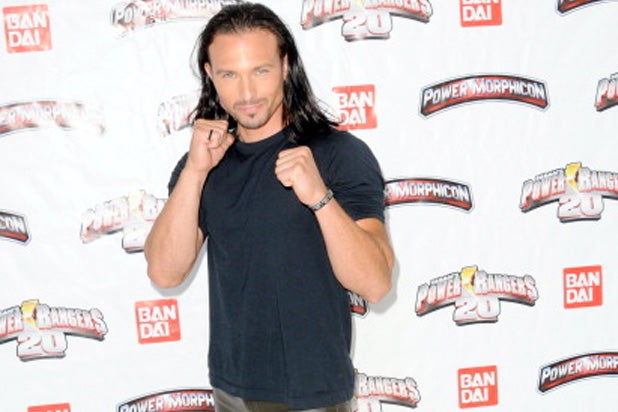 According to the Los Angeles County District Attorney’s office, Medina, 36, is charged with one count of murder for the Jan. 31, 2015, fatal stabbing of Josh Sutter at a house the two shared in Green Valley.

The men allegedly got into an argument over Medina’s girlfriend. The argument turned physical and Medina allegedly stabbed Sutter multiple times with a sword.

He is scheduled to be arraigned on Tuesday at the Antelope Valley Branch of the Los Angeles County Superior Court. Prosecutors will ask that bail be set at $1 million. If convicted, Medina faces up to 26 years in prison.

Medina had previously been arrested shortly after his roommate’s death but was released after the district attorney declined to file charges in order to do more investigating.

The original incarnation of the popular series, called “Mighty Morphin Power Rangers,” debuted in 1993 and quickly became a national phenomenon.

It followed a group of high school kids who gain superpowers, making them masters of martial arts and able to pilot massive interconnecting robots called Zords.