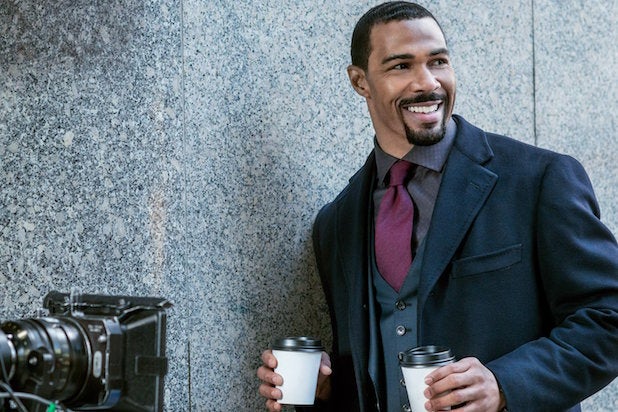 After James “Ghost” St. Patrick (Omari Hardwick) cheated on his wife Tasha (Naturi Naughton) with his childhood sweetheart Angela Valdes (Lela Loren), there was little else we could put past him (he was already a drug dealer and a murder, what more could he surprise us with?), but even then we didn’t think he could be so trifling.

On Sunday’s episode of “Power,” St. Patrick wakes up in his own bedroom (because he’s a free man now) and realizes that Tasha wasn’t sleeping in the same room. (Why would she? He’s been nothing but horrible to her.) After getting ready for his first official day as a free man, he walks into the kitchen to find his wife preparing coffee. They have small talk and what not: he’s telling her she doesn’t have to sleep in a separate room, etc. etc. and then, then he has the audacity to ask her if they can start all over again.

You know, like forget the whole “I cheated with Angela for three whole seasons of ‘Power’ but I’m ready to move past that difficult time in our relationship.”

If you need a little refresher, Angela walked into Ghost’s Truth nightclub sometime during the beginning of Season 1, and that’s when the two began having an affair. All through Season 3, granted, they were off and on, but the two were definitely in love. In short, St. Patrick forgot all about Tasha and the only reason they were still technically married and lived together is to keep up appearances. In the meantime, Tasha still held him down. She took care of business and, even when he was arrested for murdering Greg Knox, she still stood by his side.

So now that Angela is pretty much out of the picture — guess it took her arresting and almost convicting Ghost of Knox’s murder for him to realize she may not be that great — he wants to cuddle up to Tasha.

He wants to literally “start over” with his wife and just let go of the whole Angela thing. But Tasha was not having that; at least not right off the bat. She told him they could talk about it later that night.

Even though they never really got around to talking about where their relationship might go, we’re rooting for Tasha because her faux husband is trifling.