WrapWomen is delighted to welcome the first set of speakers to its historic Power Women Summit on October 24 and 25 at the Fairmont Hotel in Santa Monica. The event brings together the industry’s most influential women to drive “Toward 50/50” equity and inclusivity in entertainment and media.

More than 1,000 women are expected to attend the panels, workshops and round tables, along with main stage keynotes, performances and podcasts that will fill nearly two days of the second annual Summit. Speakers will touch on topics such as redefining inclusivity, the power of female-driven content, equal pay in sports and beyond, negotiating your worth and inviting men to join the conversation.

Since last year’s Summit in November 2018, the industry has seen progress and positive change for women and underrepresented groups. More women than ever before are taking leadership positions at studios and networks. New norms are taking hold in the workplace. Diversity and inclusivity are visible in major casting decisions. So come join the power base, learn from the best and be inspired at the Power Women Summit. 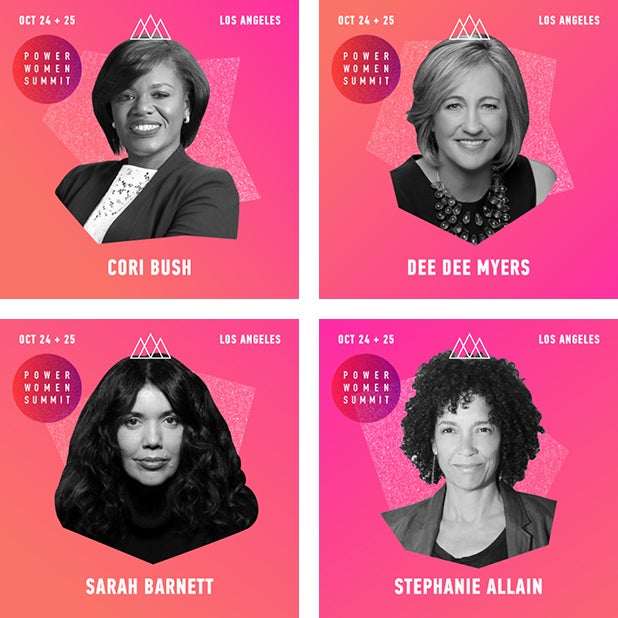 As a special addition to this year’s Power Women Summit, the event will close with an award honoring an outstanding female short-film director who best portrayed a story of womanhood through the “Telling Our Stories” film contest, presented by Starz and WrapWomen. Find out more about Telling Our Stories.

About the Event
TheWrap’s Power Women Summit is the largest gathering ever assembled of the most influential women in entertainment, media and technology.  The summit aims to inspire and empower more than 1,000 women across the landscape of their professional careers and personal lives. This year, the summit will be held at the beautiful Fairmont Miramar Hotel in Santa Monica with the backdrop of the beach and the hotel’s iconic fig tree.

Presented by WrapWomen Foundation, the non-profit arm of TheWrap, the event will provide two days of education, mentorship, workshops and networking to promote the goal of greater women’s leadership in this industry, and gender balance in media, entertainment and technology overall.

WrapWomen represents a significant media platform to celebrate positive examples of individuals and companies that are paving the road to greater inclusivity.  It is also a launchpad and catalyst for concrete measures to help the media and entertainment industry move toward gender equity across the board.

The summit is actively committed to integrating intersectionality in its programming and to embracing diversity in all possible categories. There will be practical training sessions in leadership and live mentoring sessions for women at all levels of their careers.