Hollywood stars Jenna Dewan, Rachel Zoe, Nicole Richie, Gina Torres, Stephanie Beatriz and Mayim Bialik will appear at TheWrap’s second annual Power Women Summit on October 24-25 at the Fairmont Hotel in Santa Monica. Speakers will explore topics including redefining stereotypes, empowering female entrepreneurs, building a brand and how to be a boss, the importance of female driven content, self-care and meditation, and the power of women in science and technology.

The Summit brings together over 1,500 of the most influential women from the entertainment, media and technology industries, making it the largest gathering of its kind. With the theme “Toward 50/50,” the event highlights women of achievement, encourages discussion on topics of impact and creates a lasting community of powerful women.

Also Read: Female Composers Worked on 1% of Top Films Since 2007 - Can a New Concert Help Even the Score? (Guest Blog) 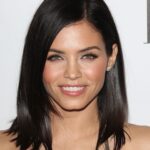 As a celebrated dancer, actress, author and host Jenna Dewan has become one of the most recognizable multi-hyphenate artists in the entertainment industry. This fall, she will release her first book, “Gracefully You,” which will demonstrate how movement is essential to both physical and mental health. The book will provide tips on how to nourish your body with good food choices and how to enrich your soul with self-care and meditation. 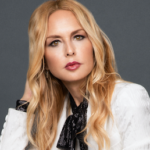 Rachel Zoe is the Creative Director of the Rachel Zoe Collection, comprised of ready-to-wear, footwear and accessory lines available in over 200 stores worldwide. She is founder and chief curator of the luxury fashion, beauty and lifestyle subscription service, Box of Style by Rachel Zoe and serves as founder and editor-at-large of online style destination, The Zoe Report, which covers fashion and beauty trends, provides inspiration and reaches over 14 million monthly users worldwide. 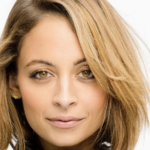 Nicole Richie is the founder and creative director of House of Harlow 1960, which offers a range of ready-to-wear, jewelry, eyewear, footwear and handbags in over 50 countries. Richie also partnered with Revolve on an exclusive House of Harlow 1960 x Revolve ready-to-wear collection which has become one of Revolve’s top 5 selling brands out of 800. In 2018, Richie created another mass brand called Honey Minx consisting of home, loungewear, headwraps, jewelry, accessories and beauty products. 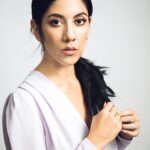 As a bisexual Latina, Stephanie Beatriz is known for her outspoken advocacy for LGBTQ+ rights and queer representation in the entertainment industry. Beatriz stars in NBC’s “Brooklyn Nine-Nine” and also directed the show’s #MeToo episode. She is currently in production on the highly anticipated Jon M. Chu-directed film adaptation of Lin-Manuel Miranda’s breakout Broadway musical, “In the Heights,” set for release June 2020 by Warner Bros. 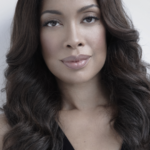 Gina Torres stars in the USA Network’s original series “Suits,” and is an executive producer on its spin-off show “Pearson.” Additional credits include “A Black Lady Sketch Show” and “Westworld.” She has received an ALMA Award, an Imagen Award and the National Hispanic Media Coalition’s Award for Outstanding Performance in a Television Series and the Visionary Award from the LA Femme Film Festival. 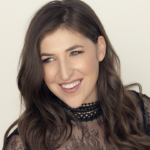 In addition to starring in the long-running CBS comedy “The Big Bang Theory,” Mayim Bialik has a PhD in neuroscience from UCLA. She has written two No. 1 New York Times best sellers, “Girling Up: How to Be Strong, Smart and Spectacular” and the recently released “Boying Up: How to Be Brave, Bold and Brilliant.”

Also Read: Women Nabbed More Lead Roles in Top 2018 Films - But Still Less Than a Third of All Speaking Roles

About the Event
TheWrap’s Power Women Summit is the largest gathering ever assembled of the most influential women in entertainment, media and technology.  The Summit aims to inspire and empower more than 1,000 women across the landscape of their professional careers and personal lives. This year, the Summit will be held at the Fairmont Miramar Hotel in Santa Monica with the backdrop of the beach and the hotel’s iconic fig tree.

WrapWomen represents a significant media platform to celebrate positive examples of individuals and companies that are paving the road to greater inclusivity. It is also a launchpad and catalyst for concrete measures to help the media and entertainment industry move toward gender equity across the board.

The Summit is actively committed to integrating intersectionality in its programming and to embracing diversity in all possible categories. There will be practical training sessions in leadership and live mentoring sessions for women at all levels of their careers.