Lee Daniels’ “Precious: Based on the Novel ‘Push’ by Sapphire” and Michael Hoffman’s “The Last Station” topped the list of the 25th Film Independent Spirit Awards nominations, it was announced Tuesday morning. 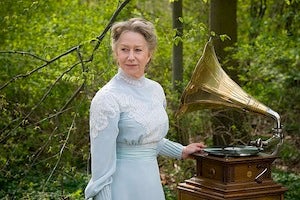 Each had five nominations, including Best Feature and Best Director.
As for distributors, Fox Searchlight and Sony Pictures Classics tied for first, with seven nominations each.  Several of the nominated films, including "October Country" and "Easier with Practice," have no current distribution,
Selected from 240 submissions, winners will be unveiled at a late-night celebration on March 5, 2010, at LA Live in downtown Los Angeles.
Other nominees for Best Feature include “(500) Days of Summer,” “Amreeka” and “Sin Nombre.”  The Coen Brothers’ “A Serious Man” did not receive a Best Feature nomination, but the Coens were nominated for Best Director, cinematographer Roger Deakins received a nomination, and the film was selected for the Robert Altman Award, which is given to one film’s director, casting director and ensemble cast.
Nominees in the Best First Feature award include "A Single Man," "Crazy Heart," "Easier with Practice," "Paranormal Activity" and "The Messenger."
In the lead acting categories, expected Oscar nominees Jeff Bridges ("Crazy Heart"), Colin Firth ("A Single Man"), Helen Mirren ("The Last Station") and Gabourey Sidibe ("Precious") will go up against dark horses Joseph Gordon-Levitt ("(500) Days of Summer"), Souleymane Sy Savane ("Goodbye Solo") and Nisreen Faour ("Amreeka").
Nominees in the supporting categories include Mo’Nique for "Precious," Woody Harrelson for "The Messenger," Christian McKay for "Me and Orson Welles," Christopher Plummer for "The Last Station" and Flight of the Conchords singer/actor Jemaine Clement for "Gentlemen Broncos."
Of the Spirit Awards’ 13 categories, nominees in 11 were selected by a 14-person committee chaired by producer Stephanie Allain.  Separate committees selected nominees in the Documentary Feature and Foreign Feature categories.
Among those nominated for Best Documentary was "Anvil! The Story of Anvil," which was left off the shortlist for the Academy Awards, as well as "Food, Inc.," which is still in the running at the Oscars.  Another controversial Academy loser, Michael Moore’s "Capitalism: A Love Story," did not make the Spirits Awards list, either.
The Best Foreign Film award nominees include "An Education," "A Prophet," "Everlasting Moments," "Mother" and "The Maid."  "A Prophet" and "Mother" are official foreign-language Oscar submissions, while "An Education" is a strong contender in many categories.
Five films were nominated for the John Cassavetes Award, for productions under $500,000: "Big Fan," "Humpday," "The New Year Parade," "Treeless Mountain and "Zero Bridge."
Among the missing nominees: "The Hurt Locker," one of the most acclaimed films of the year. It actually was in the running last year, after a film festival screening late in the year, and received a pair of nominations, for actor Jeremy Renner and supporting actor Anthony Mackie.
This year’s move downtown breaks a 15-year Spirit Awards tradition of holding the show in a tent on the beach in Santa Monica the afternoon before the Academy Awards.
The show will still take place in a tent, but miles from the beach and in the evening two days before the Oscars.
Following, the full list of nominees:
BEST FEATURE (Award given to the Producer, Executive Producers are not listed)
BEST DIRECTOR
BEST SCREENPLAY
BEST FIRST FEATURE (Award given to the director and producer)
BEST FIRST SCREENPLAY
JOHN CASSAVETES AWARD – Given to the best feature made for under $500,000.  Award given to the writer, director, and producer.  Executive Producers are not listed
BEST FEMALE LEAD
BEST MALE LEAD
BEST SUPPORTING FEMALE
BEST SUPPORTING MALE
BEST CINEMATOGRAPHY
BEST DOCUMENTARY (Award given to the director)
BEST FOREIGN FILM (Award given to the director)
ACURA SOMEONE TO WATCH AWARD – The 16th annual Acura Someone to Watch Award recognizes a talented filmmaker of singular vision who has not yet received appropriate recognition.  The award includes a $25,000 unrestricted grant funded by Acura.
TRUER THAN FICTION AWARD – The 15th annual Truer Than Fiction Award is presented to an emerging director of non-fiction features who has not yet received significant recognition.  The award includes a $25,000 unrestricted grant.
PIAGET PRODUCERS AWARD – The 13th annual Piaget Producers Award honors emerging producers who, despite highly limited resources demonstrate the creativity, tenacity, and vision required to produce quality, independent films.  The award includes a $25,000 unrestricted grant funded by Piaget.
ROBERT ALTMAN AWARD – (Given to one film’s director, casting director, and its ensemble cast)
BY DISTRIBUTOR
35 FILMS NOMINATED
TOTALS PER FILM
x
Looks like you're enjoying reading