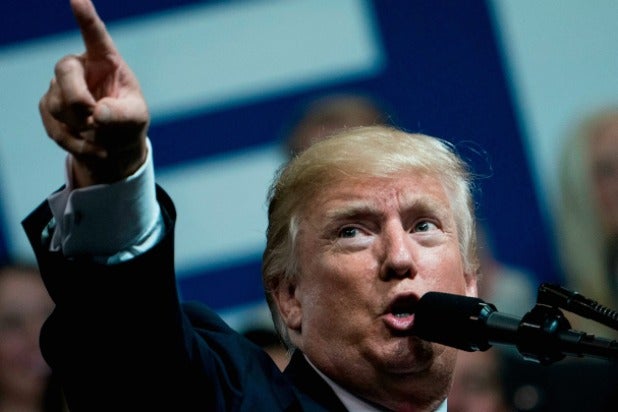 President Trump returned to bashing one of his favorite targets, Amazon, on Thursday morning, blasting the tech giant for using the United States Postal Service as its personal “delivery boy” and skirting taxes.

“I have stated my concerns with Amazon long before the election,” Trump tweeted. “Unlike others, they pay little or no taxes to state & local government, use our Postal System as their Delivery Boy (causing tremendous loss to the U.S.), and are putting many thousands of retailers out of business!”

I have stated my concerns with Amazon long before the Election. Unlike others, they pay little or no taxes to state & local governments, use our Postal System as their Delivery Boy (causing tremendous loss to the U.S.), and are putting many thousands of retailers out of business!

The Seattle-based company avoided paying federal income taxes for 2017, despite posting more than $5.5 billion in income last year, according to a recent analysis from Matthew Gardner of the Institute on Taxation and Economic Policy. Amazon paid $412 million in taxes in 2016. And while the president isn’t a fan of the Amazon-USPS relationship, the two have linked up for years to deliver packages on Sundays — pulling in more revenue for each in the process.

Trump’s tweet comes a day after Axios reported the president is “obsessed” with Amazon and looking for ways to increase its tax burden.

As the president alluded to in his tweet, this was hardly the first time Amazon has been in his crosshairs. Trump blasted the Washington Post in late 2015, saying it “loses a fortune” before pointing out it is owned by Amazon chief executive Jeff Bezos. Trump kept the hits coming last summer, saying the company doesn’t pay any taxes “which they should,” and that the #AmazonWashingtonPost is “fake news.”

The #AmazonWashingtonPost, sometimes referred to as the guardian of Amazon not paying internet taxes (which they should) is FAKE NEWS!

Amazon is doing great damage to tax paying retailers. Towns, cities and states throughout the U.S. are being hurt – many jobs being lost!