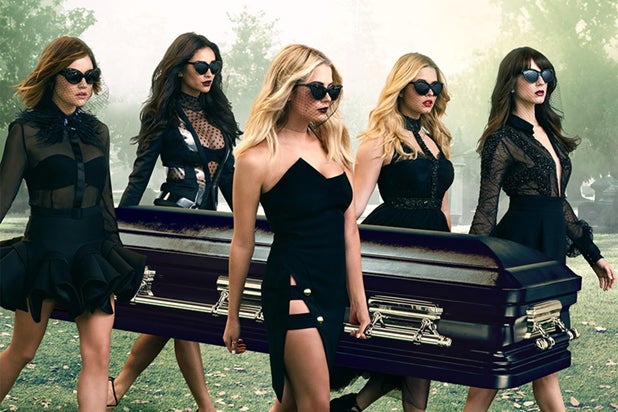 “Pretty Little Liars” creator I. Marlene King has issued a correction to a quote indicating that the ABC Family show will end after Season 7.

A Variety headline reported on Tuesday that the drama “Will End After Season 7, Says Creator.”

The quote to back it up was reported as follows:

Now, with a revamped storyline on the horizon — the new episodes kick off the a five-year time jump, resulting in a more mature “Pretty Little Liars” world — King says she would like for Season 7 to be the last.

“I think that this story when we’re back will end next year at the at end of Season 7,” King told Variety this week when asked if the time jump gives the series more legs to continue. Then asked, “So you definitely want it to end at the end of Season 7, and don’t want it to go beyond that?” King replied: “Correct.”

What I said was "This Uber A story that starts on January 12 will end when season 7 ends." I did not say PLL will end. Just sayin 4 real.

Technically I was supposed to say "the new big bad" but let's get real, it's "uber A." #whatwehavebeenwaitingfor