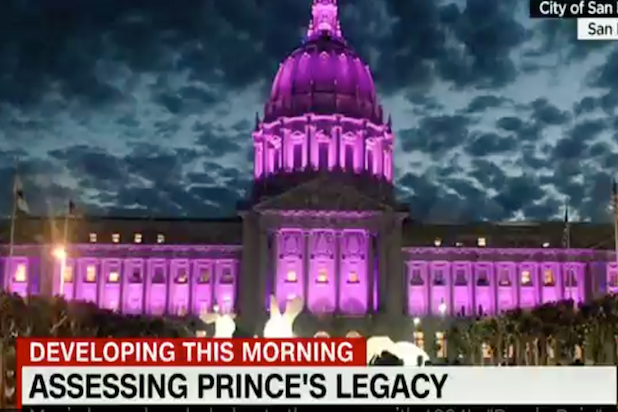 Tributes to Prince have completely dominated the news since word of his death came Thursday, and the nation is slowly turning purple as it mourns.

CNN’s Brian Stelter noted this morning that he is “struck by the wide variety of tributes we’re seeing.”

The purple-colored tributes include the New Orleans Superdome, buildings throughout the country, various bridges and even part of the “Today” show set.

San Francisco’s City Hall was among the buildings that turned purple last night, too. Watch the video below to see how it looked.

Prince’s cause of death has not yet been revealed, but the legendary musician may have been battling drug addiction just days before, according to TMZ. This info was slowly emerging as tributes to the music icon were in full affect.

The music legend didn’t make many onscreen appearances, but he did make them count

The music legend didn't make many onscreen appearances, but he did make them count