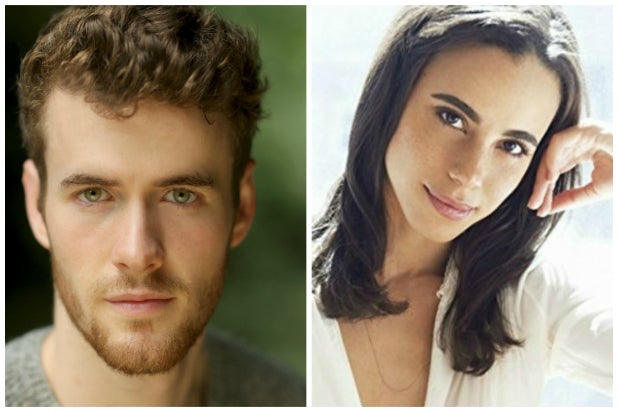 Murray Fraser and Parisa Fitz-Henley just landed roles fit for a king and queen — or at least, a prince and a princess. The two have been cast in the title roles for upcoming Lifetime movie “Harry & Meghan: A Royal Romance.”

Chronicling the courtship and love story between a beloved prince and his new fiancée, the film will examine the history of Prince Harry (Fraser) and Meghan Markle (Fitz-Henley) from the moment they met after being set up by friends, through their initial courtship when they were able to keep their romance under wraps, and ultimately the intense global media attention surrounding their relationship and Meghan’s life as a divorced American actress, per the A&E-owned cable channel.

Fraser’s main credit is ITV’s “The Loch,” while Fitz-Henley acts in “Jessica Jones.”

“Harry & Meghan: A Royal Romance” is executive produced by Merideth Finn and Michele Weiss. Menhaj Huda will direct from a script by Scarlett Lacey and Terrence Coli.

Production is set to begin later this week in Vancouver and Los Angeles. The feature-length film will debut this spring on Lifetime.