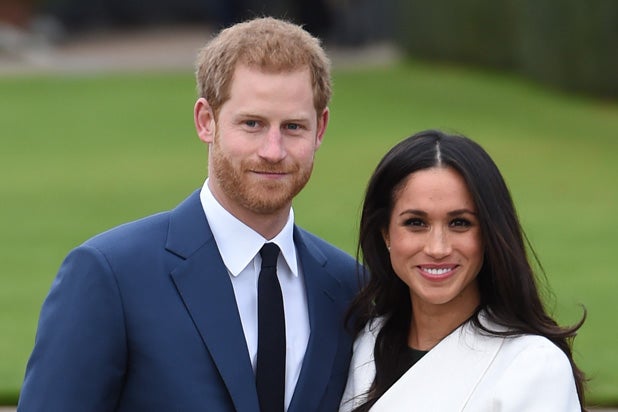 It’s been over six years since Kate Middleton and Prince William tied the knot and the world is starving for another royal wedding.

Luckily, Prince Harry and “Suits” actress Meghan Markle just gave us all a reason to live again when they announced on Monday they are getting hitched in spring 2018.

Of course, Twitter flipped over the news and has been busy gathering color samples ever since. Well, they are at least trying to get the day off and sneak their way into what is sure to be the wedding of the year.

Markle on Monday confirmed her engagement to marry Prince Harry, the fifth in line to the throne of Great Britain.

The couple, who first met in July 2016, became engaged earlier this month in London and will live at Harry’s current home of Nottingham Cottage at Kensington Palace.

“Prince Harry has informed Her Majesty The Queen and other close members of his family. Prince Harry has also sought and received the blessing of Ms. Markle’s parents,” the royal household said in a statement.

Markle, a native of L.A. whose mother is African American, would become England’s first biracial princess. The 36-year-old’s first marriage, to Hollywood producer Trevor Engelson (“Remember Me,” “Snowfall”), ended in divorce in 2013.

This will be the first marriage for Harry, 33, the ginger-haired younger son of Charles and Diana and the younger brother of Prince William.

You can see some of the best reactions to Harry and Markle’s big news below.

Meghan Markle's engagement ring was designed by Prince Harry and is composed of a trio of diamonds.

The center stone is from Botswana and the two surrounding it are from Princess Diana's collection. pic.twitter.com/SHb6LIHkZR

Me, scamming my way into this Royal Wedding pic.twitter.com/5Y9SDpzOUV

imagine if Harry, being the supposed rebel, decided to have the royal wedding as some humble wee understated affair and sent the rest of the money to fix the NHS

While I'm a Royal Family obsessive, I bloody love a Royal Wedding!!
And Prince Harry is the best of them. pic.twitter.com/vIMyZGKtaD

did someone say royal wedding pic.twitter.com/O0123fnouo

low key me pretending that I’m going to be invited to Prince Harry and Meghan Markle’s royal wedding ???????? pic.twitter.com/O9ywCe7sXB

Prince Harry and Meghan Markle are engaged. There’s going to be a Royal Wedding and beautiful mixed race babies to come pic.twitter.com/wFMmi4k9T5

'The Crown' Characters, Ranked From Worst to Best (Photos)

Netflix's "The Crown" is a royal treasure: Like their historical counterparts, the characters are most compelling when they're in the middle of a scandal. Here are the royals and their servants, ranked from worst to best.