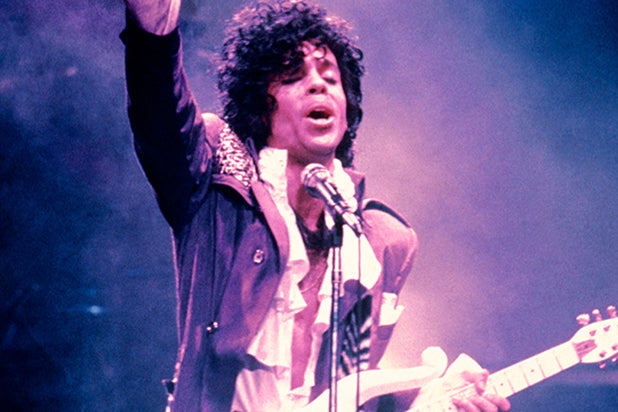 The page has already been changed back to it’s original headline, but TheWrap was able to take a screengrab of the image beforehand.

While the cause of death is not known at this time, Prince’s private plane made an emergency landing at Quad City International Airport in Moline, Illinois, last Friday morning, as the singer was en route home from a concert in Atlanta.

He was rushed to a nearby hospital, had apparently been experiencing flu symptoms, which worsened during the flight. He was released from the hospital after three hours.

At his peak, only Michael Jackson and Madonna rivaled him in pop culture impact. His French Revolution-inspired attire made him a fashion icon, and his mix of sex and salvation — sometimes in the same song — made him a pop culture provocateur who was second-to-none.

In addition to his prolific music career, Prince also enjoyed a career on the screen. He famously played a version of himself in the 1984 smash hit film “Purple” The film grossed over $80 million at the box office against a $7 million budget. It also won the Academy Award for Best Original Song Score.

The accompanying album for the film sold 1.5 million copies its first week in stores and won two Grammys the year it was released. It is consistently ranked among the best rock album of all times.

He has sold in excess of 100 million records worldwide and was inducted into the Rock and Roll Hall of Fame in 2004, his first year of eligibility.