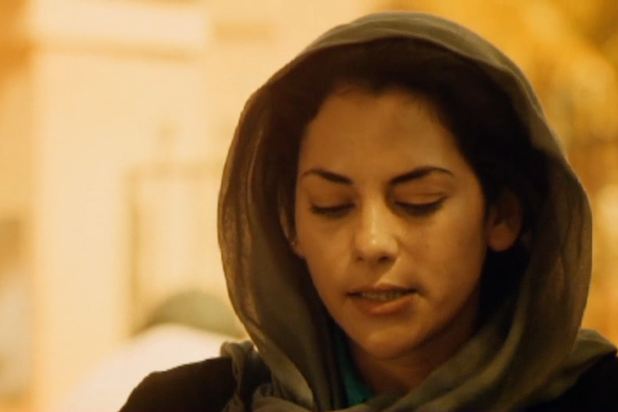 (Spoiler alert: Please do not read on if  you haven’t watched Tuesday’s episode of “Prison Break”)

If you’ve been paying close attention to our girl Sheba (Inbar Lavi) on Fox’s “Prison Break,” you may have noticed that she only wears the hijab sometimes — mostly when she steps outside in public. Why?

Well first things first, hijab generally means to be covered up and there are different types of hijab. A burka, niqab and a headscarf are all deemed to be hijab. Sheba was wearing a loosely wrapped headscarf and modest clothes (pants and a long sleeved top).

On Tuesday’s episode, when Lincoln Burrows (Dominic Purcell) and Benjamin “C-Note” Franklin (Rockmond Dunbar) came to visit Sheba at her home, she was still wearing pants and a long sleeved top, but she didn’t have a headscarf on. She let her long black hair flow free in front of two “strange” men that weren’t her father or uncle. Which is a big no-no.

If you wear a hijab religiously, technically no one is supposed to be able to see your hair unless they are a direct relative.

So why did Sheba decide to put on a headscarf when the three of them went looking for the “Sheikh of Light?”

It’s because in some predominately Muslim countries, even if women don’t wear the hijab, it’s culturally inappropriate to go out in public without at least a headscarf.

So even though Sheba obviously chooses not to wear a hijab — which she’s free to do because according to the Quran (the holy book for Muslims), no one is supposed to force you to wear one — she still has to act the part of a hijabi in public or be subjected to judgmental stares and possibly legal consequences depending on the country’s policies.