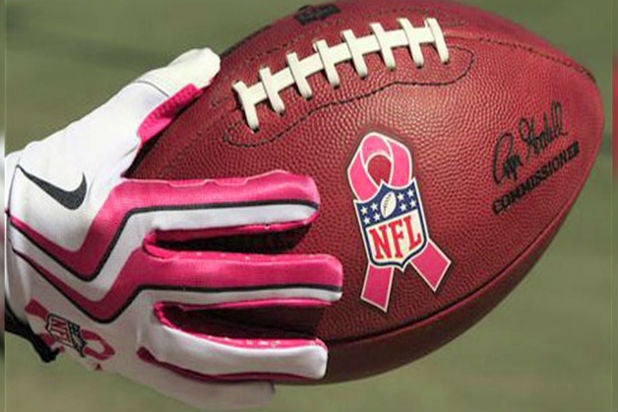 On Friday, a major corporation backed away from the NFL in the wake of its ongoing domestic abuse scandals.

Procter & Gamble pulled out of its planned major initiative with the NFL during Breast Cancer Awareness Month in October, TheWrap confirmed Friday.

“The brand has decided to cancel on-field activation with NFL teams,” a representative for the company told TheWrap in an email statement.

The campaign would’ve involved players from the NFL’s 32 teams with one player from each designated as an official ambassador. They were to have engaged in social media and wear items such as mouthguards.

P&G’s pull-out is the latest blow to the league’s business image during the current crisis that has included three stars: Ray Rice, the Minnesota Vikings’ Adrian Peterson and the Carolina Panthers’ Greg Hardy. Most recently, the Arizona Cardinals’ Jonathan Dwyer was arrested for domestic violence.

On Wednesday, PepsiCo chairman and CEO Indra Nooyi condemned the “repugnant behavior” of the players involved in the scandal, while cautiously applauding the NFL’s current efforts.

Earlier in the week, major NFL advertiser Anheuser-Busch expressed its concern over the crisis, with ESPN reporting that the brewer’s six-year, $1.2 billion contract with the league signed in 2011 could be ended without penalty. Anheuser-Busch could unilaterally end the deal in writing if a “league-wide” event “brings the entire NFL, not just particular member clubs, players, coaches or employees, into national disrepute, scandal or ridicule.”

The Radisson hotel chain suspended its involvement with the Minnesota Vikings following Peterson’s child abuse indictment. “Radisson takes this matter very seriously particularly in light of our long-standing commitment to the protection of children,” the company said in a statement.