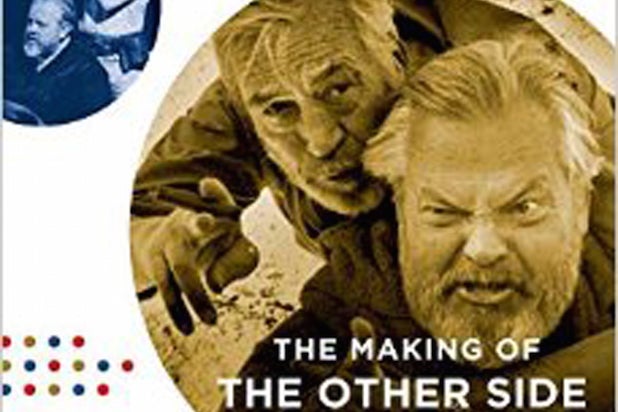 On the heels of Orson Welles’ 100th birthday, producer Joseph Infantolino has acquired the film rights to Josh Karp’s book “Orson Welles’s Last Movie: The Making of The Other Side of the Wind,” it was announced Friday.

Just published by St. Martin’s Press, an adaptation of the book runs in the current issue of Vanity Fair.

Deeply researched and vibrantly told, “Orson Welles’s Last Movie” is the incredible true story of how Welles filmed “The Other Side of the Wind” for six years in the New Hollywood of the 1970s as he struggled against increasingly bizarre and escalating personal and professional obstacles.

The feature film adaptation will capture the tumultuous period in Welles’ life as he attempted a Hollywood comeback after a decade of self imposed exile in Europe.

Infantolino has brought Suraj Gohill, former CIT Group head of indie finance and current CFO of Ivanhoe Pictures, and Mark Aronson, CEO of Liquidity Partners on board as the film’s executive producers.

“The story of Orson Welles and his ill-fated six-year odyssey while making ‘The Other Side of the Wind’ is as big and complicated as Welles himself,” said Karp. “The history of that film is funny, strange, sad and ultimately revealing tale that depicts both the Welles you know and the Welles you don’t — as the legendary director tries to make a comeback movie about a legendary director trying to make a comeback movie.”

“It is a huge honor and responsibility to bring to the big screen the incredible true story of the last ride of one of the most influential directors and larger than life personalities of all time. I’m incredibly grateful for Josh’s book, not just as a road map down the rabbit hole, but also because such a fascinating story would be impossible to make up in the first place,” added Infantolino.

Infantolino served as executive producer of David Schwimmer’s “Run, Fatboy, Run” starring Simon Pegg, Thandie Newton and Hank Azaria; as co-producer of Kerry Washington’s film debut “Our Song”; as producer of the Michelle Williams movie “A Hole in One”; and most recently as executive producer of “Fred Won’t Move Out” starring Elliot Gould. He also produced, wrote and directed the 2010 SXSW entry “Helena From the Wedding” starring Melanie Lynskey, Gillian Jacobs and Corey Stoll.

An award-winning author and journalist, Karp teaches journalism at Northwestern and his work has appeared in Vanity Fair, Playboy, The Atlantic, Salon and other well-known publications. He’s represented by Holly Frederick of Curtis Brown.

Peter Bogdanovich, Frank Marshall, Elvis Mitchell and Filip Rymsza recently launched a crowdfunding campaign to complete Welles’ original film, while three of Welles’ classics and two new documentaries will screen as a centennial tribute to the director at the upcoming Cannes Film Festival.