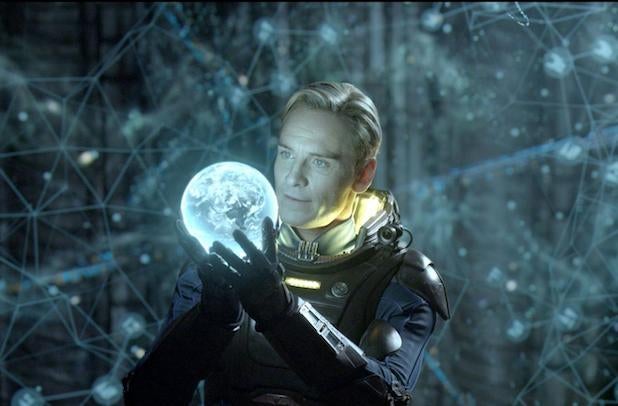 After working with Ridley Scott on a new “Blade Runner” movie, veteran scribe Michael Green has been hired to rewrite the untitled “Prometheus” sequel for 20th Century Fox, TheWrap has learned.

Jack Paglen (“Transcendence”) wrote the original draft of the screenplay.

Multiple sources have told TheWrap that the “Untitled Ridley Scott Project” that 20th Century Fox announced it will release in March 2016 is “Prometheus 2,” although the film may not ultimately use that title. An insider told TheWrap that production is scheduled to start this fall, after Scott has delivered his Moses movie “Exodus” to Fox.

“Prometheus” served as an ‘unofficial’ prequel to Scott’s seminal 1979 sci-fi movie “Alien,” and the sequel that Green will write aims to be much more “alien-y” and in line with the terrifying tone of past films in the franchise. Additionally, the sequel is expected to feature multiple ‘David’ androids, which means there will be more than one Michael Fassbender on screen at the same time, according to an individual familiar with the project.

20th Century Fox had no comment regarding the film’s plot details or title.

“Prometheus” starred Noomi Rapace as Elizabeth Shaw, a God-fearing archaeologist tasked with finding the Engineers, an alien race that served as the architects of humanity. Fassbender co-starred as an android named David whose remains, by the end of the film, help sole human survivor Shaw launch an Engineer spacecraft bound for their home planet. The last shot featured an alien creature bursting out of an Engineer’s chest, and a sequel will likely incorporate that terrifying development.

Green was hired to write “Blade Runner” back in May 2013 and he is currently finishing a polish of the script. While Alcon and Scott Free are keen to start production on that project, the “Prometheus” sequel is in first position for Scott. The sequel has become a priority project at Fox, as the first film grossed more than $400 million worldwide.

Green worked on “Smallville” and “Heroes” before he wrote “Green Lantern” for Warner Bros., which also hired him to pen “The Flash.” He’s repped by WME, 3 Arts Entertainment and attorney Patti C. Felker.