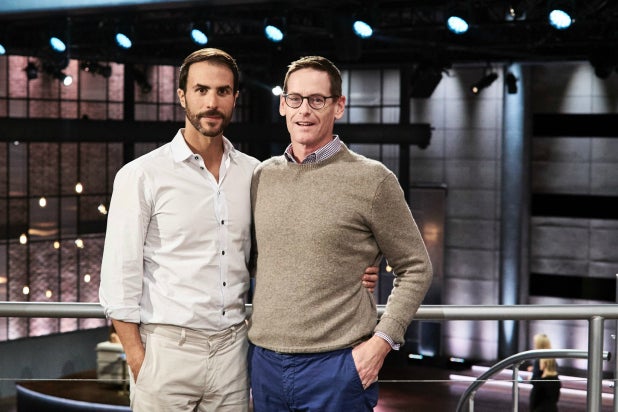 Propagate, run by Ben Silverman and Howard Owen, has acquired Electus, as well as a majority interest in powerhouse talent management and production firm Artists First from Barry Diller’s IAC.

“At Propagate, we are focused on building premium content with the best creative voices from around the world, and being able to support the growth of Electus and all of its partnerships is incredibly exciting to us,” Silverman and Owens said in a joint statement. “We have had the privilege of working closely with Peter Principato and his team of world-class executives and managers at Artists First and we are looking forward to deeper collaboration as we build an enterprise for the next phase of content creation and distribution. Barry Diller is an incredible entrepreneur who has consistently supported us throughout our careers.”

Electus is the producer and distributor of series including “Running Wild With Bear Grylls” for NBC, “The Toy Box” for ABC, “Jane the Virgin” for The CW and extreme reality series “Darkness” for Discovery. The company also contains production companies Big Breakfast (“Adam Ruins Everything,” “Hot Date”) and Notional, producer of the hugely popular “Chopped” cooking show franchise on Food Network. Global distribution division Electus International represents more than 4,000 hours of content sold to more than 220 countries around the world. Electus also produces and distributes original online content and creates marketing and media campaigns for leading brands and advertisers.

The company was founded by Silverman with the backing of Diller’s IAC in 2009. Silverman left Electus in 2016 to found Propagate with Co-CEO Owens.

“On behalf of the Artists First Partners, we are thrilled to team back up with Ben and join forces with Howard and the Propagate team,” said Artists First CEO Peter Principato in a statement. “Our management and production capabilities seamlessly integrate within the structure of Propagate, representing a fantastic opportunity for our company, our clients and the industry as a whole.”

“It’s nice to see that Ben Silverman, who created Electus for IAC in 2009, has now purchased the company from us,” said IAC Chairman Diller in a statement. “We wish him the best for its future.”

The acquisitions were financed through a significant investment secured earlier this year from global merchant bank The Raine Group to accelerate Propagate’s global growth through new ventures and targeted acquisitions. A+E Networks, an early investor, also owns a stake in Propagate.

“We are extremely excited to be reunited with Ben and to be part of what he and Howard are building at Propagate,” said Electus’ Chris Grant and Drew Buckley.

Also read: Former NBC Entertainment Chairman Ben Silverman Has a Plan for Digital, and It Doesn’t Include…

Today’s announcement comes just weeks after Propagate announced it had entered into a development and producing partnership with Authentic Talent & Literary Management overseen by award-winning filmmaker and novelist Galt Niederhoffer (“The Kids are Alright,” “Poison”). As part of this transaction, Propagate will also acquire a minority interest in Authentic.

The deal was negotiated by Propagate President Greg Lipstone along with Propagate’s Vice President of Finance and Corporate Development Kelly Fancher. The Raine Group was an advisor on the transaction. IAC was represented by Grubman Shire Meiselas & Sacks, P.C.