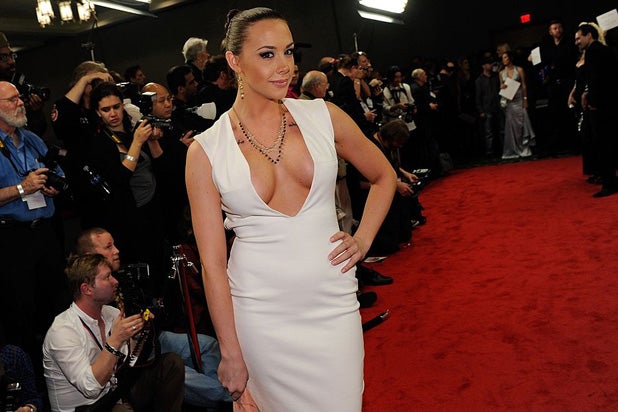 Chanel Preston, a veteran performer, said that’s by far the scariest part of the measure.

Also Read: Where to Watch Election Night on Facebook Live

“This leaves us open to crazy anti-porn zealots,” she said in an interview earlier this year. “People trying to shut down the industry.”

Aside from that, the state acknowledges the proposition is likely to be a financial loser, according to the official California voter guide.

Also Read: Could the 2016 Presidential Election Be Hacked?

Proposition 60’s main backer and financier, AIDS Healthcare Foundation President Michael Weinstein, doesn’t dispute that filming has gone underground, but in multiple interviews, he rejected the adult industry’s claim that it was reasonably well-regulated to begin with.

“I’m not going to put myself in a position of debating people where all they do is call me names,” he said.

Also Read: Why the Presidential Election Has Sucked the Air Out of the Box Office This Fall

The Free Speech Coalition, the adult industry’s trade group, has led its efforts in marshaling opposition to the law, including the formation of a political action committee: Californians Against Worker Harrassment.

But it’s not just performers who have come out against the law recently. California’s Republican Party and Democratic Party don’t agree on much — especially in this election — but they’ve both come out against Prop 60.

And while the “Yes on 60” bloc has a handful of endorsements — mostly from health-related groups, “No on 60” has pretty much every major California newspaper, both political parties and a laundry list of celebrities, industry people and LGBT groups on its side.

On Sept. 28, the Los Angeles Times weighed in, publishing a strongly worded editorial that backed up the Free Speech Coalition’s claims, with the headline: “Heavy-handed Proposition 60 would deputize every Californian as a condom cop.”

The Times called Proposition 60 “an extreme approach — and demonstrably counterproductive.” The paper elaborated on its argument, drawing a parallel through a similar 2012 law, Measure B, that mandated condom use on adult films in Los Angeles County. The paper figured that measure wouldn’t do much to actually enforce condom use — just drive filming to more welcoming locales.

“The Times editorial board opposed Measure B because we thought it was unlikely to increase condom use but would instead drive the industry underground or out of town,” the editorial board wrote. “And that is exactly what happened.”

Several industry insiders can vouch for that. Penthouse CEO Kelly Holland, a veteran adult film director, said performers simply fly to Nevada or Florida to shoot for a few days.