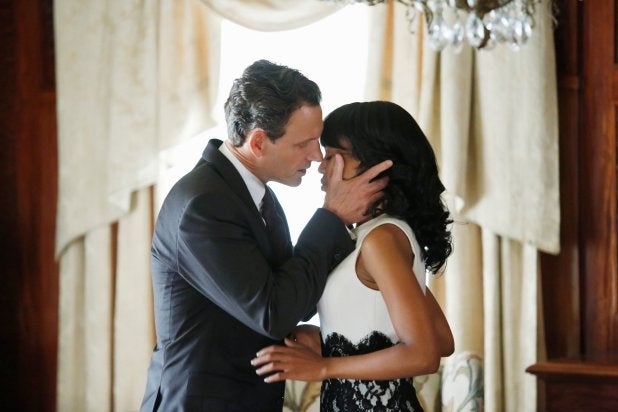 The Parents Television Council issued a criticism of ABC for its scheduling of a new episode of “Scandal” immediately following the annual airing of “It’s the Great Pumpkin, Charlie Brown” on Thursday.

Fans seemed to find more humor in it, based on their social media response. Some sided with the PTC’s stance, but more found the jarring transition both unexpected and funny.

At issue? An opening sex scene on Shonda Rhimes‘ show coming less than a minute after the Charlie Brown special’s end.

“Shame on ABC for putting a peep show next to a playground,” PTC president Tim Winter said. “In less than 26 seconds we were taken from the ‘Peanuts’ pumpkin patch to a steamy ‘Scandal’ sex scene.” The organization called for the network to apologize.

We’ve gathered some of the best social media responses to the network’s scheduling choice.

Ok Charlie Brown Time for u & the pumpkin to go to bed. It’s #Scandal time!

The innocence of Charlie Brown followed by the naughty of #Scandal. Gotta love it 🙂

I’m trying to keep up this Charlie Brown and #Scandal mashup, but there don’t seem to be any Peanuts characters who look like Olivia Pope

How does one expect us to move from Charlie Brown to #Scandal?! That seems so wrong.

Check out video of the transition from one show to the next below.