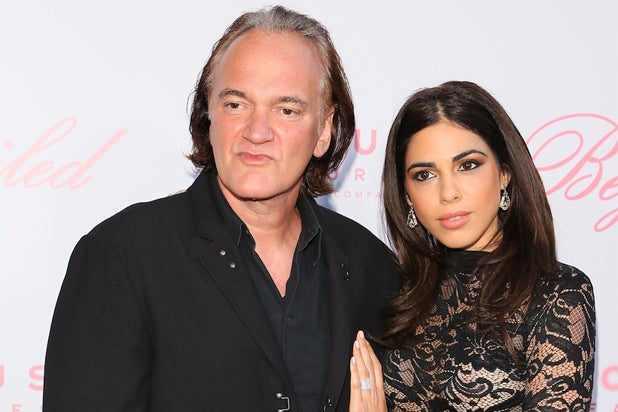 After decades of all-but ruling out the possibility, Quentin Tarantino has reportedly become engaged to his girlfriend, Israeli pop singer Daniela Pick. According to Ynet News, Tarantino, 55, and Pick, 33 became engaged on June 30 in Los Angeles.

Pick, the daughter of Israeli songwriter and composer Tzvika Pik, reportedly began dating Tarantino in 2009, having met while the director was in Israel promoting “Inglourious Basterds.” The pair broke up some time after but later resumed their relationship.

In 2009, Tarantino said in an interview with GQ that he didn’t intend to marry, at least while he was still working. “When I’m doing a movie, I’m not doing anything else. It’s all about the movie. I don’t have a wife. I don’t have a kid. Nothing can get in my way. The whole f—— world can go to hell and and burst into flames,” he said.

However, Tarantino did give himself some wiggle room, telling GQ that “I’m not saying I’ll never get married or have a kid before I’m 60. But I’ve made a choice, so far, to go this road alone.”

Tarantino has said he intends to retire from filmmaking after his 10th film. His eighth film, “The Hateful Eight,” was released in December 2015.