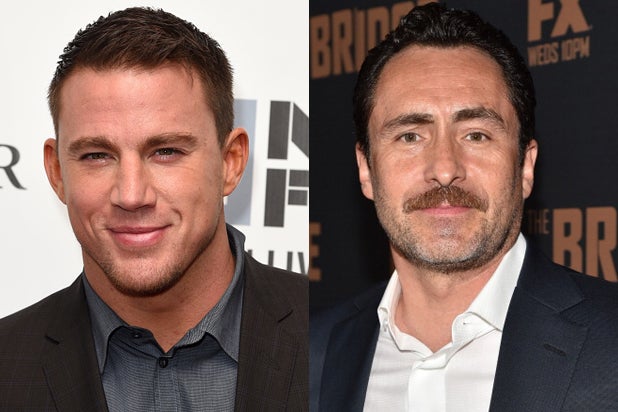 Channing Tatum and Demian Bichir have rounded out the cast of Quentin Tarantino‘s Western “The Hateful Eight,” The Weinstein Company announced Thursday.

“Hateful Eight” marks Leigh, Bichir and Tatum’s first film with Tarantino, while the rest of the cast have all worked with him in the past.

The thriller is set six or eight or twelve years after the Civil War, according to the studio, and follows bounty hunter John Ruth (Russell) and his fugitive Daisy Domergue (Leigh), who encounter a series of colorful characters when they seek refuge from a blizzard at Minnie’s Haberdashery, a stagecoach stopover. As the storm overtakes the mountainside, the eight travelers come to learn they may not make it to Red Rock after all.

The Weinstein Company will release “The Hateful Eight” in 2015.