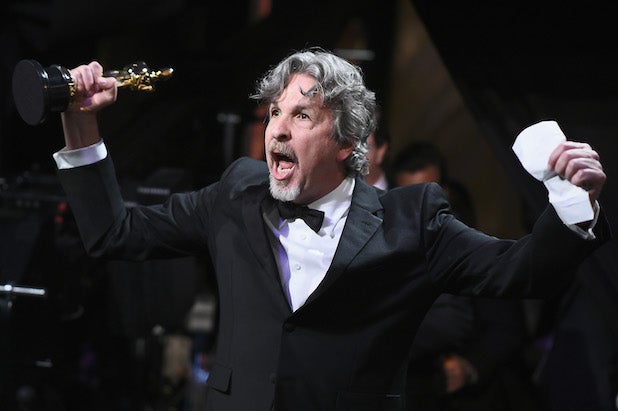 Peter Farrelly, Steve Leff and Pete Jones have been commissioned to write a new comedy series called “The Now” for the streaming platform Quibi, the company announced Tuesday morning.

The comedy follows a young man who is learning to live life in the moment after deciding not to kill himself so that his widowed mother would not be left alone in the world.

From Anonymous Studios and executive producers Steve Golin and Jeff Okin, the series joins a growing lineup of content at Quibi, including an adaptation of the 1993 thriller “The Fugitive,” an untitled series set to star Liam Hemsworth and three additional new series announced last month, including a sci-fi drama starring Don Cheadle, a stunt driving show from Idris Elba, and a new beauty series produced by and starring Tyra Banks.

Farrelly, an Academy Award winner known for his work on “Green Book,” “There’s Something About Mary,” and “Dumb and Dumber,” brings years of expertise to the platform. Along with Leff (“Two and a Half Men,” “The Ranch”) and Jones (“Dumb and Dumber To”), Farrelly will try  to recreate their past comedy successes within a series of 1o-minute episodes.

Founded by Jeffery Katzenberg and Meg Whitman, Quibi closed a $1 billion round of funding in August from investors including as 21st Century Fox, Disney, NBCUniversal, Viacom and WarnerMedia. The service, which will focus on producing and distributing short-form content made for mobile, will launch with a two-tier pricing model: a $4.99 per month ad-supported offer and a $7.99 per month ad-free deal. Whitman says the company has already sold $100 million worth of advertisements ahead of its spring 2020 launch.