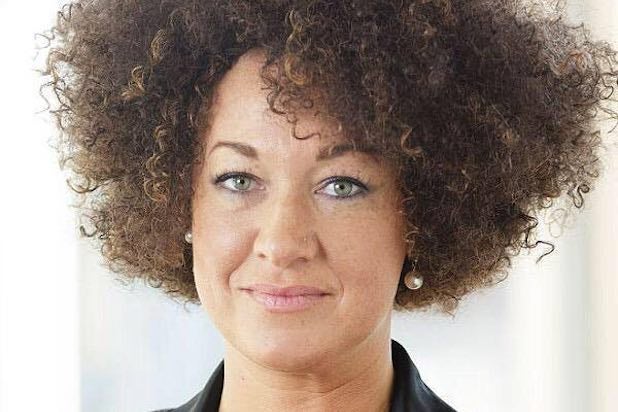 Rachel Dolezal, the embattled president of the Spokane, Washington, chapter of the NAACP, is stepping down from her post, she announced Monday in a post on the chapter’s Facebook page.

Dolezal has come under fire after accusations that she’s been pretending to be African American despite the fact that, as she told reporters last week, she was “Caucasian by birth.”

Dolezal announced that she’s resigning via a Facebook post, noting that she “will do everything in my power to help and assist.”

Also Read: 'The View's' Whoopi Goldberg on Rachel Dolezal: 'If She Wants to Be Black, She Can Be Black' (Video)

“Please know I will never stop fighting for human rights and will do everything in my power to help and assist, whether it means stepping up or stepping down, because this is not about me. It’s about justice,” Dolezal wrote.

Dolezal said that the chapter’s vice president, Naima Quarles-Burnley, will be stepping into her place.

“It is with complete allegiance to the cause of racial and social justice and the NAACP that I step aside from the Presidency and pass the baton to my Vice President, Naima Quarles-Burnley,” Dolezal wrote.

Dolezal came under fire last week after questions about her race emerged. Her father, Lawrence Dolezal, said in an interview with CNN on Friday, “We do not understand why she feels it’s necessary to misrepresent her ethnicity.”

Dolezal’s Montana birth certificate identifies both of her parents as Caucasian. The 37-year-old’s ancestry is German and Czech, with traces of Native American.

Dolezal’s parents said last week that she grew up with adopted black siblings, attended school in Mississippi with primarily African American friends and began changing her appearance in 2004. She also married and subsequently divorced an African American man.

Late last week, the NAACP stood by Dolezal, with regional president Gerald Hankerson saying, “We represent all civil rights issues, regardless of a person’s ethnicity. And the quality of the work that she has done to elevate the issues of civil rights in that region is what we applaud.”

While Dolezal received widespread criticism via social media, she did find some supporters. Notably, singer Keri Hilson, when she suggested that her Twitter followers should thank Dolezal.

“Let’s just all thank #RachelDolezal. Identity, pathological, & parental issues aside, she’s doing more than most of us do for ourselves,” Hilson wrote.

That comment itself drew no small amount of wrath, with one Twitter user wisecracking, “Someone should write a comic book about Keri Hilson being an anti-hero that strives to fail. Like the Batman of wrong.”

Dear Executive Committee and NAACP Members, It is a true honor to serve in the racial and social justice movement here…