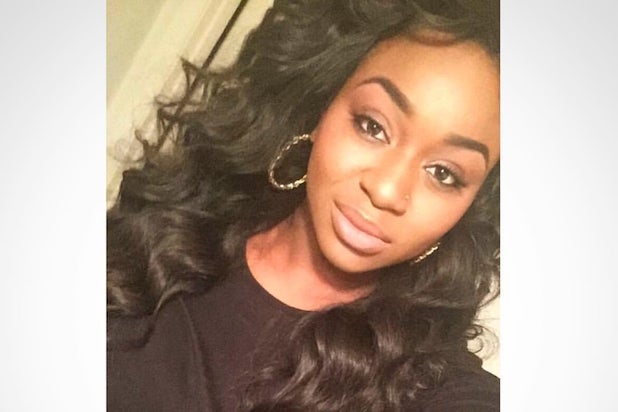 A black Tennessee woman has gone viral for responding to a waitress’ racist Snapchat post with a message of her own — but it was filled with love instead of hate.

Chelsea Mayes and her friends had gone to eat at a restaurant called Cheddar’s after church, and seemed to have a friendly connection with their server, according to Mayes’ Facebook post. But then that same server posted a Snapchat photo with the caption, “I am so hungover. And I have a section full of n—–s right now.”

Mayes started off her response with “racism still lives,” but didn’t vent her anger. Although admitting that she was initially upset, Mayes took to social media to spread a message of tolerance and love. “I just feel sorry for her,” she wrote of the waitress.

While speaking to the Daily News Journal, Mayes emphasized how “great” the waitress was. “She did a good job, made jokes with us, laughed with us. We had a good time,” Mayes said, and noted in her Facebook response that the waitress was actually “friends” with one of the other black women she was sitting with.

“You never truly know the person behind the smile. No matter how much love and joy you spread, there will always be someone with hate in their heart towards you, regardless if it’s in your face or when you leave. It’s up to you how you handle it,” Mayes wrote.

According to a statement sent to WSMV, the server has been fired.

“We, ourselves, were shocked and offended after learning one of our servers had posted comments on social media that were hurtful and derogatory,” Cheddar’s said in a statement. “This type of behavior will never be tolerated in our restaurants. The server was immediately suspended and ultimately terminated after our internal investigation.”

According to an interview with the Daily News Journal, Mayes said that although she is glad the waitress lost her job, hatred won’t solve anything. She even planned to invited her to their Sunday school class.

“Life is too short to be mad,” Mayes said. “If I stay mad, I’m not going to be hurting anybody but myself.”