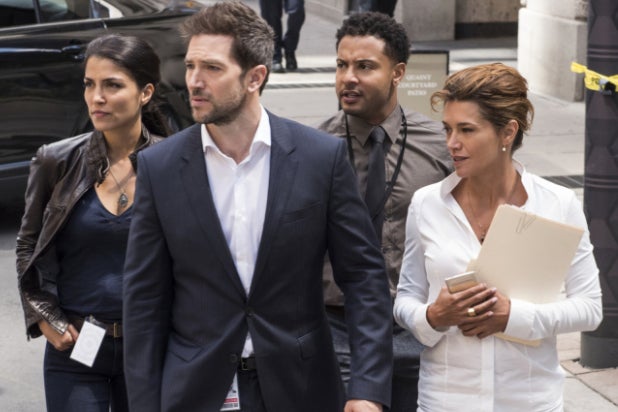 The lowest-rated series across the Big 4 broadcast channels is CBS’ “Ransom.” Never heard of it? Me neither.

That’s mainly because the scripted drama airs on Saturday nights, which is not only weird, but helps explain why no one tunes in. Still, a better show could probably eclipse “Ransom’s” miserable average of a 0.6 Nielsen rating in the key 18-49 demographic, which sadly includes a week’s worth of delayed viewing. Among total viewers, which CBS focuses on, “Ransom” fares a little bit better — but nowhere near what one would qualify as “well.”

And a good series wouldn’t be on Saturdays in the first place.

How can this reporter declare such a thing about a show he’s never watched?

Well, “Ransom” boasts a 46 (out of 100) Metascore from TV reviewers measured by Metacritic, and a dismal 1.4 (out of 10) user rating. On RottenTomatoes, critics have the series sitting at just 43 percent fresh (so, rotten), with only 40 percent of the audience liking it.

Also Read: Ratings: 'This Is Us' Carries NBC to 7th Straight Tuesday Win

To-date, “Ransom” has aired six of its freshman episodes, so don’t expect a late surge — or a second season. Or really, to have it ever spoken of again at CBS headquarters.

Still, give the network a little credit for trying something new.

Here’s how rare it is to have a scripted series scheduled to air originals on Saturday nights. The last time CBS even planned to use that evening for such a thing was 2012, when the Les Moonves-led network announced a fall schedule that featured sitcom veteran “Rules of Engagement” on Saturdays. That didn’t take, however, and “Rules” was moved to Thursdays a short time later.

So now you’ve heard of “Ransom,” and you know how poorly it performs. It’s high-time readers got some information on what it actually is.

Created by Frank Spotnitz (“The Man in the High Castle”) and David Vainola, and starring Luke Roberts, Sarah Greene, Brandon Jay McLaren and Nazneen Contractor, “Ransom” is inspired by the professional experiences of crisis negotiator Laurent Combalbert who with his partner, Marwan Mery, are among the top negotiators in the world. Together, they travel around the globe to help multinational corporations and governmental agencies with complex negotiations and conflict resolution.

If that description catches your eye, tune in to the Eye Saturday nights at 8/7c. Or don’t, like everybody else.