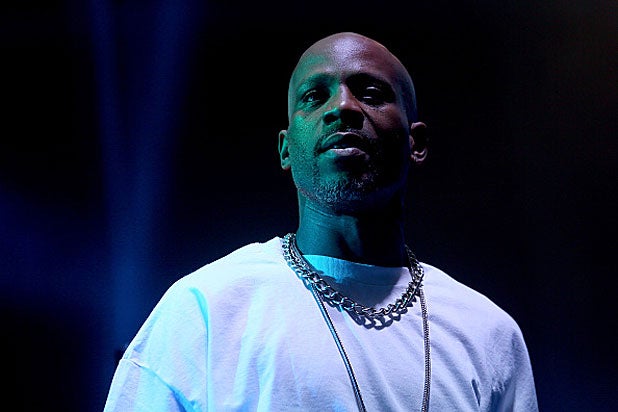 DMX has been arrested once again — this time for failing to pay child support.

The rapper, whose legal name is Earl Simmons, was arrested at his home in Westchester County, New York, on Tuesday on a July contempt of court charge for allegedly failing to pay $10,000 a month in support to ex-wife Tashera Simmons and their four children.

The child support was ordered by Judge Paul Marx in 2014, reported USA Today, and a warrant was issued for Simmons’ arrest on a contempt of court charge in July, according to the Westchester County Clerk’s office.

Lawyers representing Tashera Simmons spoke at length before the judge on Tuesday afternoon during a court hearing attended by the rapper.

“It’s not like I can hide,” DMX said, referring to his live performance shows and public persona.

“All I have is my name and my reputation,” he continued, adding that rapping at shows is the “only way I can make a living.”

He was led from the courtroom in handcuffs, but was expected to be released later that night.

DMX’s next scheduled court appearance was set for Nov. 18.

His latest infraction adds to a long line of legal issues for the “Party Up (Up in Here)” singer. His offenses dating back to 1998 include: resisting arrest, reckless driving, unlicensed driving, drug possession and identity falsification.

He has also been investigated multiple times on weapons charges and animal cruelty, along with serving jail time on numerous occasions for drug, alcohol or driving charges.

In April, the MC was accused of being part of an armed robbery at a gas station, but denied the allegations.