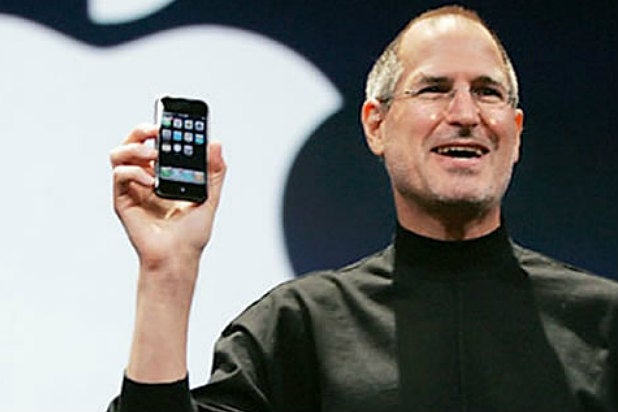 Steve Jobs is gone, but the Apple visionary’s legacy lives on. Especially in the ground in Colorado.

A rare artifact from Jobs’ early days as a computer pioneer was unearthed on the grounds of the Aspen Music Festival this week, when a time capsule from 1983 was retrieved.

The capsule, which was buried in 1983 in conjunction with the since-defunct International Design Conference in Aspen, contained a mouse from the Apple Lisa, the first computer that Jobs mass-marketed.

The capsule was unearthed by the team from the National Geographic Channel series “Diggers.” The team worked with the Aspen Music Festival and School on the excavation, as well as with Harry Teague, a member of the design team that buried the capsule.

Also included in the time capsule: Relics of the ’80s such as a Moody Blues 8-track tape, a copy of “Vogue,” a Rubik’s cube and a six-pack of beer (the latter of which has surely matured into a fine vintage by now).

The capsule was originally intended to be unearthed more than a decade ago, but became lost due to landscape changes. The team used original survey coordinates to narrow down the location of the time-capsule tube.

“When we buried the capsule in 1983 at the IDCA conference titled ‘The Future Is Not What It Used to Be,’ it was scheduled to be unearthed in twenty years. We had no idea it would be 30 before we would finally get around to digging it up,” Teague said. “I’m sure it’s loaded with things of cultural and historic import, but the mouse from one of his new Apple Lisa computers that Steve Jobs threw in at the last minute has to be one of the more iconic items.”

While the capsule’s contents surely have the making of a killer eBay auction, alas, it’s not to be: After the contents are cataloged and evaluated, they’ll be turned over to the Aspen Historical Society.