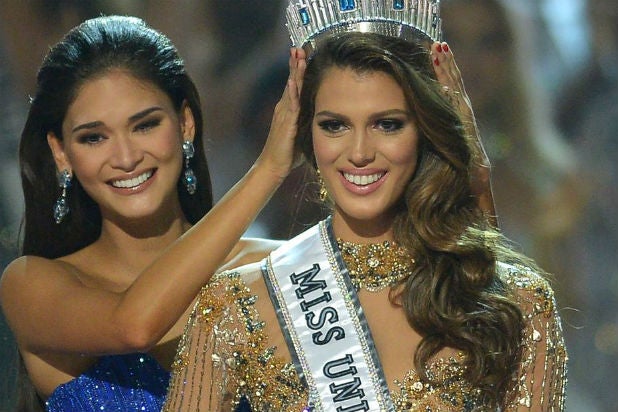 The 2017 Miss Universe pageant was the top-rated show of the night on Sunday, but was still down in both the key demo and total viewers compared to last year.

That is comparable to the drop off in both key measures seen between the 2016 pageant and 2015. The 2016 pageant was down despite Steve Harvey infamously announcing the wrong winner.

Fox finished first for the night in the key demo with a 1.4 rating but second in total viewers with 5.2 million, airing only the Miss Universe pageant.

Telemundo tied for fifth in the demo with a 0.5 rating but finished fifth in total viewers with 1.51 million.

Univision tied for fifth in the demo with a 0.5 rating but sixth in total viewers with 1.46 million.