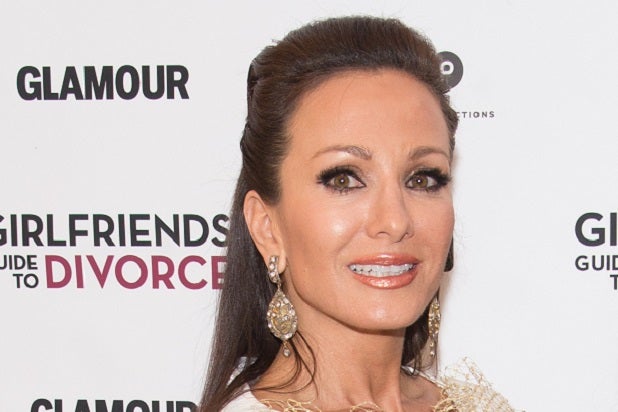 Looking for a food-service job in Manhattan? You might want to steer clear of Angelo’s of Mulberry Street.

“The Real Housewives of New Jersey” star Teresa Aprea, part-owner of the long-standing Little Italy restaurant, has been hit with a class-action lawsuit by former employees who claim they were stiffed on overtime pay and other wages.

Perhaps worse yet, according to the lawsuit, the employers were made to wear uniforms that the restaurant refused to clean.

In the suit, filed in U.S. district court in New York on Tuesday, Bashir Hajjar, a former bartender at Angelo’s and Izet Jasaraj, who says he was a waiter there, level a number of charges against Aprea and other owners of the restaurant, including her husband Rino Aprea. Among them: While the defendants “regularly scheduled or knowingly permitted” employees to work more than 40 hours and up to 65 hours a week, the employees weren’t paid time-and-a-half for hours worked past 40.

For instance, the lawsuit says that Hajjar was “paid for seven hours of work per workday, regardless of how many hours he actually worked, which was regularly more than seven hours, and sometimes more than 10 hours a day.”

Moreover, the lawsuit says, employees were required to wear uniforms that “required ironing, dry cleaning and/or other special treatment,” but the defendants “did not wash or maintain these uniforms” and didn’t reimburse employees for the cost of maintaining the uniforms.

See video: Andy Cohen Schools ‘Real Housewives': Try Replacing ‘My Gays’ With ‘My Blacks’ and See How That Works Out

A spokeswoman for Aprea has not yet responded to TheWrap’s request for comment.

The plaintiffs’ attorney, David Gottlieb of Wigdor Law, told TheWrap, “It is upsetting that a prominent restaurant and its celebrity owners would deprive hard working employees of their wages simply to line their own pockets.”