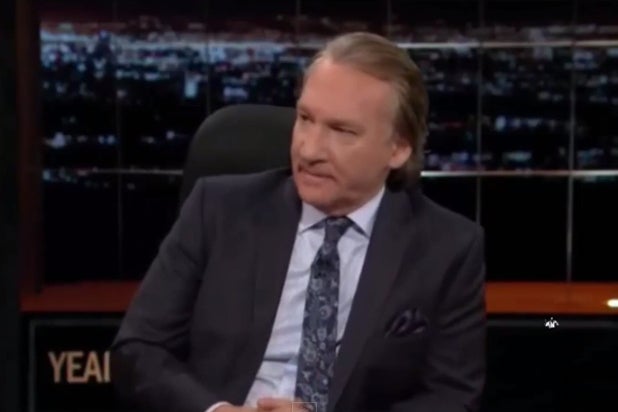 The HBO talk-show host praised the film’s director, but added anything but kind words for the real Chris Kyle, who Bradley Cooper portrays in the now-blockbuster film.

Comparing war quotes between Kyle and Dwight D. Eisenhower, Maher concluded: “I just don’t see this guy in the same league as Eisenhower.”

Here are the quotes Maher was playing off of each other, Kyle’s first:

“I hate the damn savages. I’ve been fighting and I always will. I love killing bad guys, even with the pain I loved what I was doing. Maybe war isn’t really fun, but I certainly was enjoying it.”

Now Eisenhower’s: “I hate war as only a soldier who has lived it can.”

Maher, who called Kyle “a psychopath patriot,” was challenged by his panelists — including popular stand-up comedian Bill Burr — for his strong condemnation.

“You can’t sum up a man by one quote taken out of context,” Burr said. “When you fight in a war, I bet you say a lot of fucked up shit in the middle of it when someone is trying to kill you.”