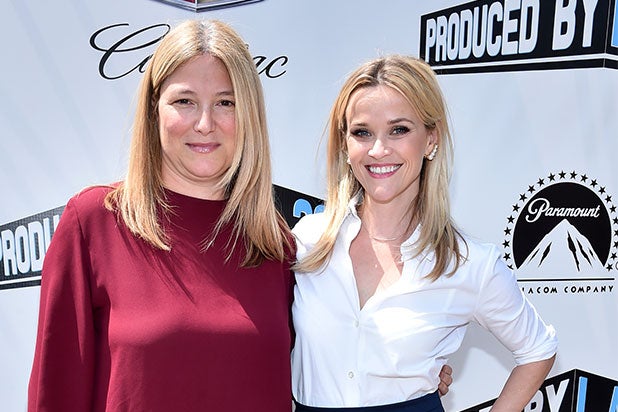 Marc Webb (“Amazing Spider-Man 2”) will direct the upcoming feature film “This Above All,” about former member of the Westboro Baptist Church Megan Phelps-Roper, Conde Nast Entertainment announced on Monday.

Nick Hornby will write the screenplay for the film, which will be produced by Reese Witherspoon and Bruna Papandrea for Made Up Stories, Dawn Ostroff and Jeremy Steckler for Conde Nast Entertainment, River Road Entertainment’s Bill Pohlad and Webb. River Road will finance the film.

The film, being adapted from both an article written by Adrian Chen for The New Yorker and from Phelps-Roper’s upcoming memoir, follows the granddaughter of the famous founder of the Westboro Baptist Church. Phelps-Roper quickly became one of the most powerful voices for the Church on social media, protesting several cultural events until her conversations with opponents on Twitter led her to question her belief system. She and her younger sister then decided to leave the Church. In response, her family disowned her.

“Megan’s extraordinary story says so much about to many things in contemporary America, and I’m really excited about this project,” said Hornby. “I’m looking forward to working with the brilliant Marc Webb, CNE and my friends Reese Witherspoon, Bruna Papandrea and River Road, with whom I enjoyed such a good relationship during the making of ‘Wild.'”

“When we read The New Yorker article about Megan’s incredible journey, we knew that it was the perfect fit for CNÉ’s film group, which focuses on compelling and timely stories from Condé Nast’s vast library of publications,” said Ostroff, president of CNÉ, and Steckler, CNÉ’s executive vice president of feature films. “Marc and Nick both have a powerful vision of how to tell Megan’s story and we are very happy to be partnered with Reese, Bruna and Bill, who understand the importance of bringing this project to the big screen.”

Webb’s directorial credits include “Gifted,” “Crazy Ex-Girlfriend,” “500 Days of Summer” and “Limitless.” Hornby wrote the novel, “About a Boy,” which was made into a film and TV series.