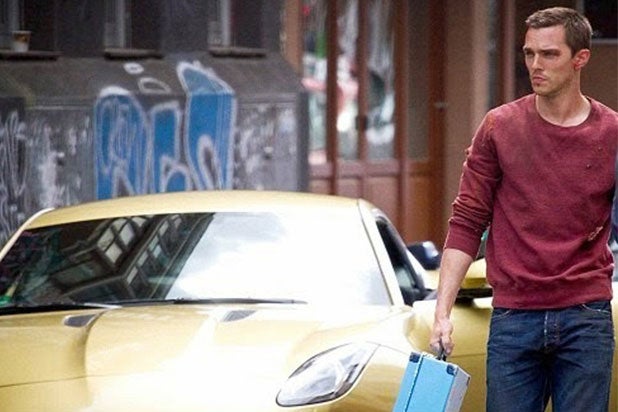 Relativity Media has proposed selling the as-yet-unreleased Nicholas Hoult thriller “Collide” back to its financiers, IM Global Film Company, the company declared in a filing Saturday to the U.S. Bankruptcy Court.

In exchange, IM Global would drop all objections to the proposed $250 million sale of Relativity film and TV assets to a stalking-horse bidder led by Relativity’s lead creditors.

Also Read: Relativity Bankruptcy: Bids Are In, What Happens Next?

The proposed sell-off of Relativity assets is the issues that Judge Michael Wiles is expected to address in the next hearing about Ryan Kavanaugh‘s studio, which is scheduled to take place in New York on Monday.

Earlier this month, IM Global had filed an objection to the bankruptcy play, arguing that it “cannot wait until the sale to the Stalking Horse bidder is consummated because other contracts with third parties depend on the Wide Release of the Film by October 30, 2015.”

According to IM Global’s motion, the company signed a deal memo last October for Relativity to handle domestic distribution on “Collide,” which had a production cost of approximately $29.2 million. The deal called for a theatrical release by October 2015 and at least $24.5 million of marketing expenditures.

Hoult, Jones and Ben Kingsley star in the Eran Creevy-directed action thriller from Silver Pictures, in which a desperate man (Hoult) hatches a scheme against a gangster (Kingsley) to pay for his girlfriend’s medical emergency.