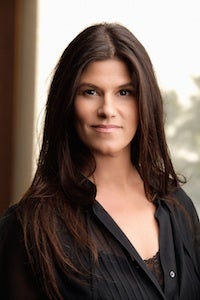 Relativity president of production Robbie Brenner is leaving the embattled company to join Jeff Kwatinetz‘s management/production company The Firm as a partner and president of its film division, TheWrap, has learned.

Brenner is a highly-regarded executive who earned an Oscar nomination for producing “Dallas Buyers Club.” She’ll start her new job at The Firm after Relativity’s assets are auctioned off on Oct. 20.

Brenner is the second high-ranking executive to leave Relativity, as Tucker Tooley is nearing a deal to replace David Glasser as COO of The Weinstein Company.

At Relativity, Brenner oversaw David O. Russell’s “The Fighter,” Scott Cooper’s “Out of the Furnace” and Tarsem’s “Immortals,” and she was among those responsible for acquiring Joseph Gordon-Levitt’s “Don Jon” in a splashy deal at Sundance. The newly-minted Academy member previously worked as an executive at both Fox and Miramax.

The Firm represents Ice Cube and his production company, which was responsible for “Straight Outta Compton” and the “Ride Along” movies.