Rena Ronson, the veteran independent film agent recently bumped from William Morris during the merger with Endeavor, has joined the United Talent Agency.

Ronson and Cassian Elwes, both respected indie film world agents, were set adrift earlier this year when WME was formed. 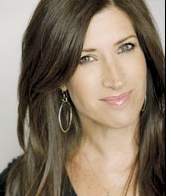 "United Talent Agency today announced that top film finance and packaging executive Rena Ronson has joined the agency as Co-Head of the Independent Film Group. She will join UTA motion picture literary partner Rich Klubeck in overseeing the group, where she will focus on film finance and film packaging for independent and co-financed studio features as well as foreign sales and distribution strategies. Ronson was most recently co-head of William Morris Independent.

“UTA continues to recruit professionals who can bring experience and relationships that will serve our colleagues and our clients,” said UTA Board member Jeremy Zimmer. “Rena’s professionalism and reputation as one of the most passionate and widely-admired players in independent film certainly fit that criteria.”

“Rena’s addition speaks directly to the vision we have for expanding our finance and packaging operations,” said UTA motion picture lit partner Rich Klubeck who has headed the group since 2004. “Her extensive experience here and abroad and her insight into the changing economics of the film industry will greatly add to our reach in the global film market. I am thrilled that she is joining the agency.”

“This is a terrific opportunity and one I couldn’t pass up,” said Rena Ronson.  “I have long admired the way in which UTA has grown and positioned itself in the industry, and I am excited to join Rich and the team in being part of the agency’s future. Together, Rich and I aim to make UTA a market leader in developing the new strategies and solutions that filmmakers, producers and financiers need in these challenging times.”