Prosecutors are prepared to seek an indictment of Michael Jackson’s doctor, Conrad Murray, on a charge of involuntary manslaughter in the pop star’s death, the Associated Press is reporting.

The AP quoted an unnamed law enforcement source as saying Friday that Murray would be prosecuted on a theory of gross negligence. 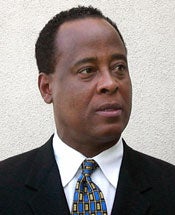 Murray was with Jackson when the pop star died June 25 of what proved to be a lethal cocktail of prescription drugs, including the heavy-duty sedative propofol.

The district attorney’s office is waiting for the Los Angeles police to turn over the case before presenting it to a grand jury.

“We have not been formally presented with the case by the LAPD yet … We do not have a pending case,” said Sandi Gibbons, a spokeswoman for the district attorney’s office.

However, both TMZ and the Los Angeles Times reported that Murray has hired Los Angeles criminal defense attorney J. Michael Flanagan as part of his legal team. Murray’s lead lawyer, Ed Chernoff, confirmed the hiring to the Times.

In addition to successfully representing Britney Spears in her 2007 hit-and-run case, Flanagan won acquittal for a nurse tried for involuntary manslaughter in what is believed to be the only other L.A. criminal case involving propofol.

TMZ quoted Flanagan as saying, "I’m probably the only attorney in town that has successfully tried a Propofol case involving death."

TMZ also said Flanagan said of Murray’s role in the Jackson case: "I am totally unaware of any facts that would give rise to an involuntary manslaughter charge."