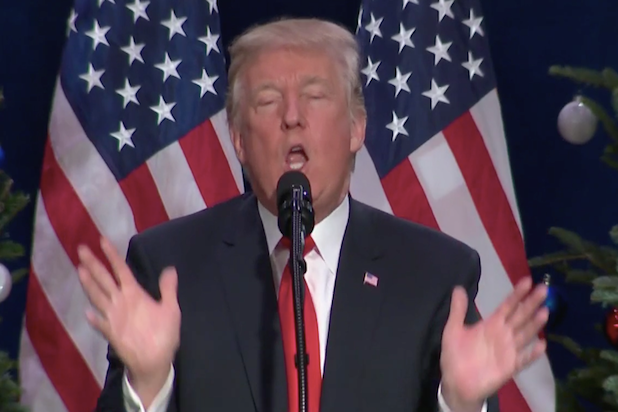 Many in Hollywood fumed Friday night after the Republican-controlled Senate voted along almost party lines to pass sweeping changes to the U.S. tax code. The bill passed at 10:58 p.m. Pacific by a vote of 51 to 49 with just one Republican, Bob Corker of Tennessee voting against.

The bill, expected to give the biggest benefits to the country’s biggest earners, was the biggest victory for Republicans since they took control of the White House and Congress. Democrats complained that last-minute revisions, some of them hand-written, didn’t give then time to make sense of the bill, and said voting on it was irresponsible.

Critics condemned the bill for revoking tax deductions for small business and graduate students, cuts to health care and repealing restrictions on political activity by churches. Also the Congressional Budget Office said the bill would increase the national deficit by $1.4 trillion.

Some in the entertainment industry expressed outrage, others terror. Some urged activism, and still others used humor to articulate their criticism.

Something is very wrong here. https://t.co/FcU0zSngnk

Yeah, I’m one of those weirdos who cares about my friends as well as people I’ve never met. I have this fucked-up thing where I think you can be successful without actively crushing other people to get there. Bad American, I guess. https://t.co/AAsR908wkA

This is the sloppy, handwritten, first scroll of the apocalypse. Goodbye America. https://t.co/JDNLwsFFaO

The reviled "Hollywood elite" will make a fortune on this tax break. And we will spend every dime of it on abortions.

They are using the tax code not only to rob us, but to strip us of physical autonomy, & we all know it. https://t.co/t9qDJhK2yI

Thrives and cowards. History will not be kind. https://t.co/kV19W4x1ef

The Republican Party is the enemy of the American people. The Senate just passed the Trump Tax Increase, 1:50am, enriching the 1% & concentrating wealth in the hands of the few. Capitalism & Fascism. The coup is underway. Make no mistake about it. EVERYONE OFF THE BENCH! 11/6/18!

Read more about the bill here.