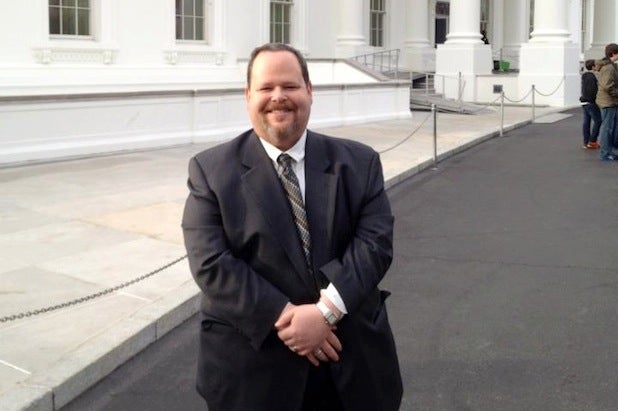 Steve Elzer, senior VP of media relations for Columbia TriStar Motion Picture Group, will be leaving Sony in December after a 12-year run at the studio, the PR executive disclosed in an email to colleagues Tuesday.

“I have had an extraordinary run here and I have nothing but the greatest respect for the team at Sony,” wrote Elzer, who will remain onboard to assist Marc Weinstock and Charles Sipkins with the transition. Sipkins joined the studio several weeks ago as its new senior communications executive; Weinstock is Sony’s head of marketing.

Elzer was informed of the decision on Monday and was caught off-guard, having served as Amy Pascal‘s trusted spokesman for more than a decade.

One of the most well-respected and honorable publicists in Hollywood, Elzer previously worked at New Line Cinema during its heyday. Tough but fair, Elzer is broadly liked among media professionals for his ability to always keep his studio’s interests firmly front-and-center while using a human touch.

Elzer, who is in good health following a recent cancer scare, is expected to be in high demand given his knowledge of the industry and strong relationships with entertainment media.

With his work cut out for him, he did an admirable job keeping the media sharks at bay following Sony’s disappointing summer, which saw “After Earth,” “Elysium” and “White House Down” all underperform at the box office and frustrated investor Daniel Loeb stir up panic in Culver City.