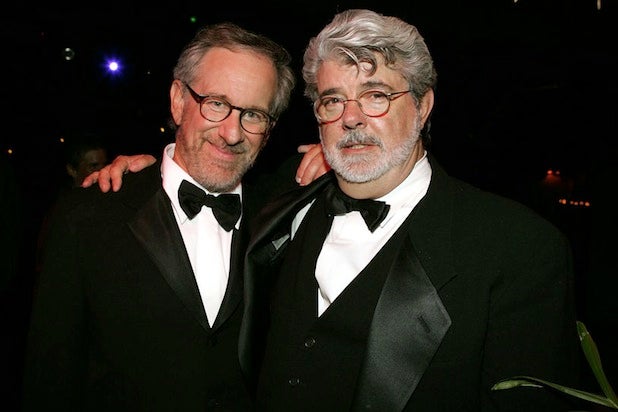 Steven Spielberg and George Lucas recently predicted the implosion of the blockbuster. Spielberg said, “There’s eventually going to be a big meltdown. There’s going to be an implosion where three or four or maybe even a half-dozen of these mega-budgeted movies go crashing into the ground and that’s going to change the paradigm again.”

Arguably, this meltdown occurred this summer, a season that endured a series of mega-budget underwhelmers that banked on pre-existing material, comic book heroes and Hollywood A-List attachments. There have been predictions like this before and there have been summers of mega-flops before, but I think it says something when the very creators of the blockbuster are warning us of its imminent demise.

There was a time when lines of people would wrap around a city block for a movie that would stay in the theaters for not days, not weeks, but months, several months even. Today, a hit movie is lucky to live more than two or three weeks on the screen of a first run theater.

The studios are desperate for franchises. That is their modus operandi, and it seems to be their primary business model. The days when studios bankrolled unique, niche market, character-driven movies are, much to the chagrin of most adults I know, more or less over.

This is a frightening reality, especially for an indie film-lover like me who came of age in the early ’90s and wanted to become a filmmaker because he saw “Pulp Fiction” on the big screen and wore out the VHS copies of the “Twin Peaks” episodes David Lynch directed. There was a respect for the art of original storytelling, with particular focus on the role of the director, in the early ’90s that seems to have been in steady decline for years.

I’m not Steven Spielberg, nor am I George Lucas. I’m not a mogul. I’m the anti-mogul (this is not of my choosing, in case you’re wondering) and thus I feel perfectly adept at responding to the above-referenced moguls with respect to their prediction and how it affects the world of independent cinema.

I write you not from Skywalker Ranch in San Francisco, but from a spider hole in Silverlake. It took me five years to make my debut feature film, “Detour,” which was subsequently released theatrically and on-demand (through a major studio distributor, long after the film was made).

There is no need for studios to fund indie films when filmmakers are taking it upon themselves to raise money and shoot their own films. I have no idea how many independent, truly independent, films get made a year, but the number has to be astonishingly high. (Figure there are bout 300 major theatrical releases in most years; there must be at least 10 times as many independent features produced. See, e.g. the number of submissions at the Sundance Film Festival — 4,044 feature film submissions to just that one festival.)

The technological resources at the disposal of hungry young filmmakers these days are overwhelming, and strikingly affordable. The iPhone shoots 1080p; download Filmic Pro for $6.99 and you have yourself a 24-frame high-definition movie camera with manual focus and variable exposure. It’s a part of your phone. Think about that for a minute.

I love film, I love the texture, the richness, the vividness, but if I’m being honest, the wonders of celluloid can be replicated, if not improved on, with current digital technology. For those who disagree – and I’m sure you are legion – I defer to the astounding imagery one can capture on Arri’s Alexa. But here’s the rub: Even with access to this kind of technology, movies still cost money to make. Not as much money to make an indie film, but it still takes money.

With a deluge of entertainers vying for an audience’s attention, originality becomes the differentiator. What makes a studio think that material people have heard of before will get people to buy tickets and watch the same stuff they’ve seen before? OK, the stuff is a bit more polished now, younger, and ostensibly hipper, actors have roles in the films, and the special effects are killer. But still, if this current generation is the generation that is defined by getting bored easily, that enjoys seven-second Vine videos for their amusement, why would a savvy executive think that the reboot of a movie everyone has seen, or the upteenth sequel in a franchise, is going to attract a broad audience, to say nothing of actually catching their attention?

There is a clear disparity in logic, and that disparity is beginning to reflect itself in box-office numbers – as predicted by Spielberg and Lucas.

The current trouble with the studio system is that they’re making fewer movies and putting much more of their money into them. They’re taking huge gambles financially, so the way to offset that gamble is to ensure that the entertainment they’re selling appeals to as many people as possible. This approach, of course, dilutes the originality – any possible appeal to niche audiences.

When movies are made in board rooms on the basis of demographics, or the desire to sell in China or other countries that buy American movies, they alienate that portion of the audience that wants to see unique, personal films. In other words, they alienate the actual film fans. Instead of making 10 films that target different, more niche markets, they make one movie for the price of ten and bet it all.

As George Lucas said, “They’re going for the gold.” I’m no businessman, but that doesn’t sound like a smart business plan to me. It sounds like a recipe for losing the people most dedicated to my product.

This business model leaves zero room for experimentation or artistic risks. Of course, as a filmmaker I find that stifling. But it also fosters an untenable working environment. There must be a balance between art and commerce. If the commerce outweighs the art, then the product is doomed from the start.

Emotion isn’t cookie cutter, yet writers, directors and actors in this business are asked to translate emotion from the screen into the eyes and the hearts viewers. This is why independent film is so important to the art of cinema; it’s why it thrived in the 90’s, because the studios were behind these types of films.

My new film is called “The Mirror.” Out on Tuesday, and available on Vimeo on Demand, it’s a film that is part reaction against the Hollywood system, and part homage to it. It’s very much the opposite of the Hollywood tent-pole: It’s a film that filmmakers can go out and make themselves if they have the desire to do so. I intentionally shot it on consumer devices like the iPhone, the GoPro, the Canon 7D, and a variety of laptop cameras.

Have you been to a concert recently? More spectators watch the concert through the filter of an iPhone or iPad, recording video, than are watching the actual live concert with their own two eyes. Isn’t that strange? At this pace (and we might actually be there now), the slick, polished fare that is produced from Hollywood will become less and less familiar to the way we perceive filmed entertainment.

It’s becoming foreign, antiquated and therefore less relevant. Just like the silents before the talkies, the classical actors before the method actors, black and white before color, the palette upon which visual information is being mixed, matched and applied is changing. The consumer has adapted. And so must the studios.

I’m a proponent of this idea: Limitations breed creativity. With the exception of one scene in “The Mirror,” we limited ourselves to shooting and recording sound on devices that just about anyone can get their hands. When I was a kid, I would take my grandfather’s camcorder, gather my friends and go out and shoot a movie. It was exactly the same type of thing Spielberg did with his Super 8 camera when he was a kid.

With “The Mirror,” I wanted to tap into that childhood idealism; I wanted the film to feel like, yeah, I love making movies, so let’s go out and make one. That’s why filmmakers get into the business, to make magic. However, it’s often the case that the magic gets lost when the business aspect moves to the forefront of the filmmaking process.

While some of these developments in the industry are clearly discouraging to those of us who love making movies, I strongly feel we’re at the beginning of another revolution in film, a microbudget revolution. “The Mirror” is a celebration of movies – of the love of making them, which is something that sometimes gets lost in this factory of dreams. It’s a film that attempts to tell a dramatic story with a budget and an ethos that is diametrically opposed to the films of the major studios.

It took five years to make “Detour,” and during that time, I made “The Mirror.” It’s a movie within a movie. A movie I made while making another movie. And within that movie are many other movies, because that is the nature of reflection. Today, reflection is becoming more and more our everyday reality: we’re watching our lives through a lens, through a small screen that posts our lives onto other screens.

What is more real? That which happens before our very own eyes or something that happens on a screen. Is there really any difference anymore? This is what microbudgets are beginning to pick up on, and its something that old school Hollywood isn’t taking into account.

Filmmakers are no longer the handful of A-Listers the studios hire to direct their 10 tentpole movies every summer. We are all filmmakers now.

William Dickerson graduated from the College of the Holy Cross with a degree in English and received his Master's of Fine Arts in Directing from the American Film Institute. He is a writer/director whose work has been recognized by film festivals around the country. "Detour" is his debut feature film. He also recently published his first novel “No Alternative” and is currently in post-production on his second feature, "The Mirror."

William Dickerson graduated from the College of the Holy Cross with a degree in English and received his Master's of Fine Arts in Directing from the American Film Institute. He is a writer/director whose work has been recognized by film festivals around the country. "Detour" is his debut feature film. He also recently published his first novel “No Alternative” and is currently in post-production on his second feature, "The Mirror."