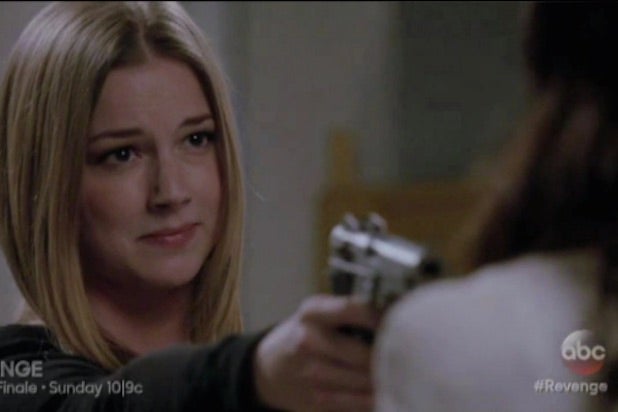 “Revenge” ends on Sunday, and ABC has released a meaty preview of Emily VanCamp‘s showdown with Madeleine Stowe.

The big question leading up to the series finale appears to be whether or not VanCamp, who plays lead character Amanda Clarke, can pull the trigger when she confronts Stowe’s Victoria Grayson.

“Unlike you, I never killed anybody. I believe that the people who hurt my family deserve to live in agony, not pay with their lives, but you — you are the one exception,” VanCamp tells Grayson. “For you, death is my only true revenge.”