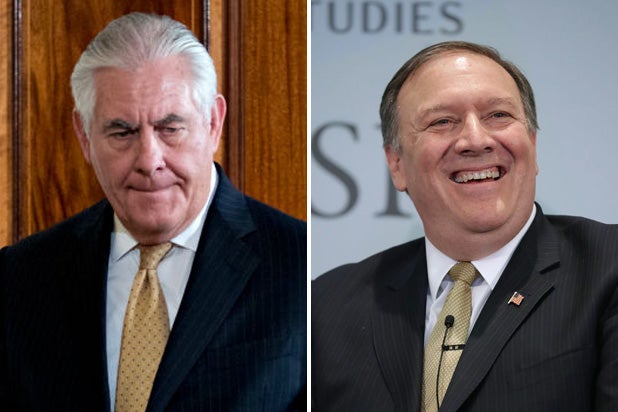 Rex Tillerson will leave his post as Secretary of State and be replaced by CIA Director Mike Pompeo, the White House announced Tuesday.

President Donald Trump also announced Tuesday that he would nominate Gina Haspel, the CIA’s deputy director, to replace Pompeo at the agency.

The news of Tillerson’s ouster was first reported by the Washington Post, which said Trump had asked the former oil executive to resign last Friday, according to senior administration officials.

Tillerson, the former chief of ExxonMobil, had been a controversial choice when Donald Trump nominated him to be his first Secretary of State. During his tenure, he often clashed with Trump, including one reported blow up over the summer in which the Secretary of State called Trump a “f—ing moron,” according to MSNBC.

In addition to the usual chaos of the Trump White House, the president often took to Twitter to publicly berate Tillerson as he did last October over his attempt at diplomacy with North Korea.

I told Rex Tillerson, our wonderful Secretary of State, that he is wasting his time trying to negotiate with Little Rocket Man…

Tillerson is only the latest in a string of high profile departures from the White House and comes just days after White House Communications Director Hope Hicks and economic adviser Gary Cohn also quit.