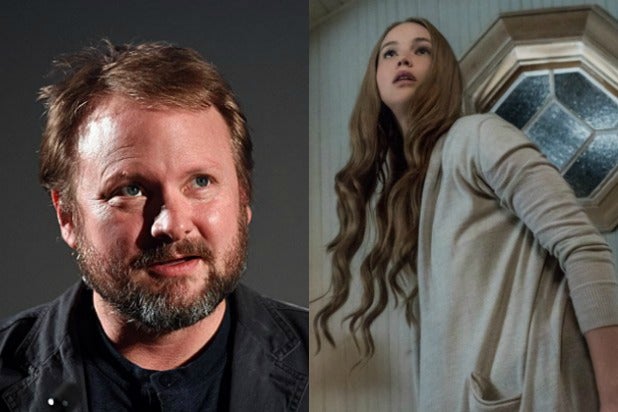 Rian Johnson might have a strange sense of humor. After seeing Darren Aronofsky’s intense “mother!”, the “Star Wars: The Last Jedi” director tweeted that he found the surreal, ultraviolent film to be “insanely funny.”

Oh my god I loved Mother! – are people talking about how insanely funny it is?

“mother!” has inspired incredible amounts of discussion about the film’s disturbing content and the metaphors within, but Johnson found Ed Harris’ performance as a crude, insensitive intruder in Jennifer Lawrence’s home to be darkly humorous. As for the grisly climax that lends the film its comparisons to “Rosemary’s Baby” in the most shocking way possible, well…

I am a horrible person

Oh my god I loved Mother! – are people talking about how insanely funny it is?

Apparently, Johnson isn’t the only one who feels that way. In his review, New York Times critic A.O. Scott said that “mother!” “made me laugh harder and more frequently than just about any other movie I’ve seen this year. I don’t say this derisively. Mr. Aronofsky’s visual wit and dexterous, disciplined camera movements create frissons of comic terror.”

But laughs aside, Johnson noted that while the film is compared to “Rosemary’s Baby,” it reminds him more of another movie based on a classic tale by Franz Kafka. That film is Orson Welles’ “The Trial,” which stars Anthony Perkins as Josef, a man who is arrested, tried, and executed on charges that he is not told about. Much like Lawrence’s character in “mother!”, Josef is flung into a violent world without logic, compassion, or explanation, all with a presentation which, like Aronofsky’s, is designed to disorient.

If you were one of those bold enough to see “mother!” this weekend, check out this trailer from “The Trial” below and compare for yourself.