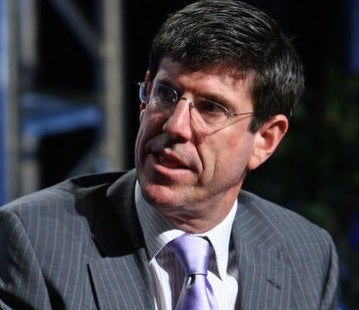 Disney President and CEO Robert A. Iger announced the news on Monday.

Ross, who assumes the title of studio chairman, will oversee worldwide production, distribution and marketing for the company’s range of live-action and feature animated film labels, including Walt Disney, Touchstone, Miramax and Disney/Pixar, the studio said.

In his new role, which he assumes immediately, Ross will also head Disney’s theatrical and music groups, the studio said.

Though a 13-year veteran of the company, Ross has no experience as a movie executive. But coming from television, he may be the kind of executive with whom Iger, the former president of Cap Cities/ABC, feels most comfortable.

Kevin Huvane, a partner at Creative Artists Agency who has known Ross for many years, said that Ross has the skills to be successful in the movie industry despite his lack of experience there.

"I don’t think his job or the skill set is that much different," said Huvane. "He’s great with talent, great at spotting talent. He has a creative mind and a business mind. I’m a big fan of his."

Ross is highly regarded within Disney as an executive who has skillfully taken the Disney brands in to the international marketplace. Among Ross’s successes in recent years have included Disney channel movies like the runaway hit "High School Musical," translating that into a Bollywood-style version for Indian audiences, and creating local versions of "Hannah Montana" in foreign countries.

“Rich has an outstanding record of creating high-quality family entertainment that delights audiences around the world,” said Iger in a news release. “With his success in building the Disney brand across many of our businesses, his astute marketing sensibility, his proven ability in working effectively with talent and his skill at navigating complex global markets, I’m confident he’s the perfect leader for our studio group.”

But many Hollywood insiders wondered privately whether Ross would be able to quickly forge relationships with talent, which is a key to success in the top studio job. Some of the movie industry’s major figures, including Johnny Depp and Jerry Bruckheimer, stood up to defend Cook when he was abruptly fired on Sept. 18.

It was also unclear what immediate other changes might be in store at the studio. Much speculation has focused on whether Oren Aviv, the head of production

In the U.S., Disney Channel has been the #1 TV network among Kids 6-11 and Tweens 9-14 for the last seven and nine years respectively, buoyed by such breakout series as Lizzie McGuire, That’s So Raven, The Suite Life of Zack and Cody, Hannah Montana, Wizards of Waverly Place and Sonny With A Chance.