Richard Gilliland, a veteran character actor known for his work in “Designing Women” and “Airplane II: The Sequel,” and the husband to actress Jean Smart, has died. He was 71.

The actor spent five years on the ’80s sitcom “Designing Women,” playing J.D. Shackelford, the boyfriend of Annie Potts’ character, Mary Jo Shively. Gilliland and Smart met on the show and got married in 1987. The two also shared the screen in a season of “24” in 2006. 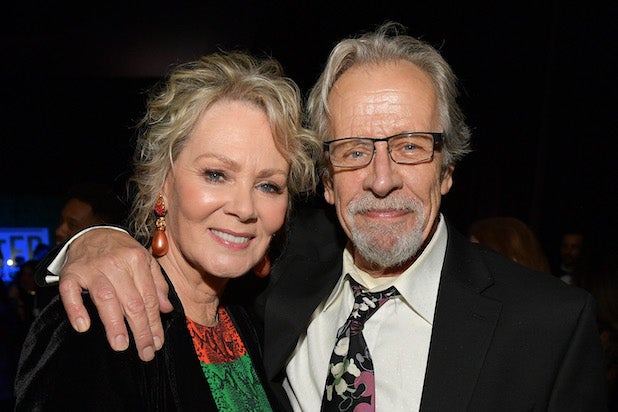 He and Smart also worked together in stage productions of “It Had to Be You” and “Love Letters,” as well as the telefilms “Just My Imagination” and “Audrey’s Rain.”

Gilliland has over 90 acting credits in film and TV dating back to the 1970s, including dozens of guest appearances on shows such as “Criminal Minds,” “Dexter,” “Becker,” “Scandal,” “Joan of Arcadia,” “The Practice” and “Crossing Jordan.” He also had recurring roles on “Party of Five,” “The Waltons,” “Thirty Something,” “Dark Skies,” “Desperate Housewives” and more.

Richard Morris Gilliland was born on Jan. 23, 1950 in Fort Worth, Texas. He attended the prestigious Goodman School of Drama in Chicago. Before moving to Los Angeles, he played the role of Jesus in “Godspell” for a year opposite Joe Mantegna’s Judas. After arriving in Hollywood, Gilliland immediately began working and rarely stopped, starring as a series regular in “Operation Petticoat,” “Just Our Luck,” “McMillan,” Whatley By the Bay” and “Heartland.”

Also Read: Bertrand Tavernier, French Director of 'A Sunday in the Country,' Dies at 79

Gilliland also had a career on stage in Los Angeles, Chicago and off-Broadway in New York, appearing in productions such as “Amadeus,” “Cops,” “Beyond Therapy” and “Little Egypt.”

His film credits include “Airplane II: The Sequel,” “Home Room,” “Dog Watch,” “Vampire Clan,” “The Empath,” “BUG” and “Star Kid,” among others. He was next slated to work alongside Smart again this summer in a film directed by Tate Taylor.

Gilliland is survived by his wife, Jean, his two children, Connor and Bonnie (“Ani”), his sisters, Ann Norberg and Wendy Knaack, and his brother, John Wells.

Donations can be made here to the M.I.T. Institute for Medical Engineering and Science.