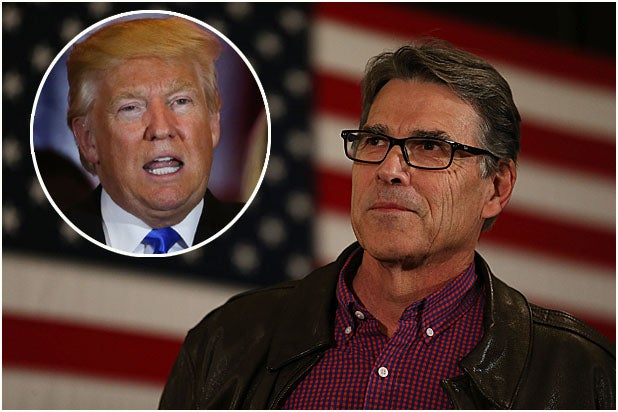 Rick Perry has certainly changed his tune now that Donald Trump is the presumptive Republican nominee.

The former Texas Governor and short-lived GOP presidential candidate told CNN’s Dana Bash on Thursday that while Trump is not his ideal choice, he will support him.

“He is not a perfect man. But what I do believe is that he loves this country and he will surround himself with capable, experienced people and he will listen to them,” Perry said in a phone call to Bash.

When asked if he would be willing to be Trump’s running mate, Perry replied: “I am going to be open to any way I can help. I am not going to say no.

“He is one of the most talented people who has ever run for the president I have ever seen,” he continued.

This glowing support is a sharp contrast to Perry’s past words about the real estate mogul, which included calling him “a cancer on conservatism.”