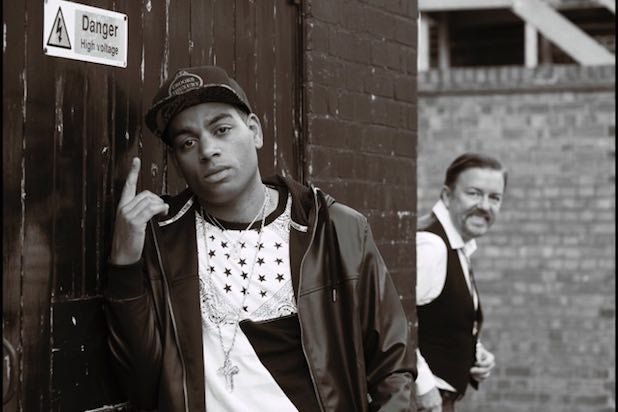 Ricky Gervais will ride again as “The Office” star David Brent when Open Road Films brings “Life on the Road” to U.S. theaters in 2016.

Entertainment One Features announced Tuesday that Open Road, an independent distributor, acquired the rights to the mockumentary following Brent, now working as a traveling salesman, pursuing his dream of rock stardom by self-financing a U.K. tour with his band, “Foregone Conclusion.”

Gervais also wrote and directed the feature financed by Entertainment One (eOne) in association with BBC Films.

U.K. audiences will get to see the comedy first when it opens across the Atlantic on Aug. 19 of next year, while Open Road is planning a wide release stateside shortly after.

“David Brent getting a big U.S. theatrical release? He can die happy now. (Spoiler alert – he does not die in this movie),” Gervais said in a statement.

“We are delighted that the roads met on this film. It’s great to have a strong U.S. partner like Open Road on board to bring the film to U.S. audiences in a big way and we’re excited to see ‘Life on the Road’ find leading distribution partners across all territories,” Xavier Marchand, president of eOne Features, added.