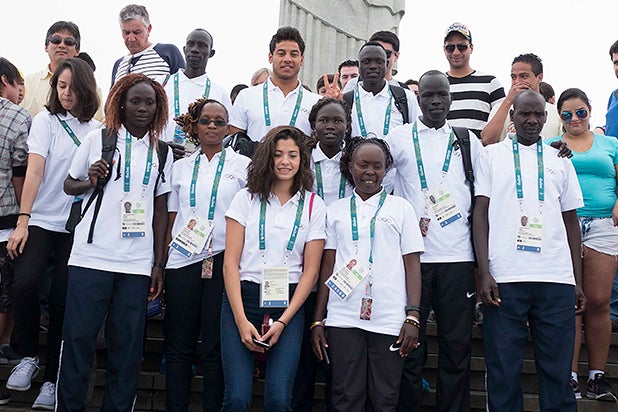 The unequivocal breakout stars of the 2016 Olympics games were the 10 athletes that made up the Refugee Olympic Team (ROT).

What happens to the 10 athletes now that the Olympics are over? Like any other athlete, their lives go back to normal, whether it be in Brazil, Kenya, Germany, Luxembourg or Belgium.

All the athletes are returning to their countries of residence, according to the team’s corporate sponsor Visa. Some will continue to train, while others are planning on going to school.

The company sponsored the athletes for the 2016 games only, but it is already looking to extend some of the relationships built in preparation for the 2020 Olympics in Tokyo.

“We are committed to sustaining our message of acceptance worldwide and are exploring longer term partnership opportunities with the IOC on their Olympic Solidarity initiatives, and with the International Paralympic Committee (IPC) on their refugee athlete development programs,” a company spokesperson told TheWrap. “We are also exploring contract renewals for select Team Visa athletes in preparation for the Tokyo 2020 Olympic Games.”

The star of the team has been 18-year-old Syrian refugee and swimmer Yusra Mardini, who featured prominently in Visa’s Olympic commercials. Living and training in Berlin, Germany, Mardini won her heat in the 100m butterfly and said she plans to return to the Tokyo Olympics in 2020.

The other swimmer on the team was Mardini’s fellow Syrian refugee and swimmer Rami Anis, who now resides and trains in Belgium and has said he hopes to compete with his home country in 2020.

Six members of the refugee team were runners, including South Sudan refugees Rose Lokonyen and Yiech Biel, who competed in the 800m race; James Chiengjiek, who competed in 400m; and Paulo Lokoro and Anjelina Lohalith in the 1500m. All five of the athletes now reside and train in Kenya.

Ethiopia refugee and runner Yonas Kinde now lives in Luxemburg and competed in the marathon in Rio.

Two judokas rounded out the ROT, Yolande Mabika and Popole Misenga, both from the Democratic Republic of the Congo and both of whom now live in Brazil.

The International Olympics Committee is also in discussions with each individual athlete and their trainers to determine their next steps.