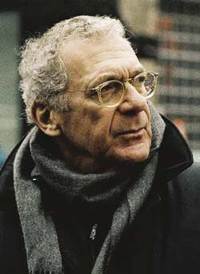 A word in tribute to Sydney Pollack, a director who marked our time with films that weren't visually flashy, didn't pioneer special effects, and were non-blockbusters in the age of the movie event. With gratitude, let's remember "Tootsie," and "The Way We Were," and "Out of Africa." Let's remember his ability to bring out the best of Robert Redford, Meryl Streep, Tom Cruise.  Over three decades-plus, he made films -- films, rather than movies -- that aimed for story and character, and had a core humanism that lay beneath those elements. He continually tried to occupy an ever-shrinking middle ground, making movies that could appeal to the mainstream but that still had something to say. For the most part, Hollywood has rejected these movies as unworthy of mass audiences. But this underlying sincerity in his work makes Pollacks' films worthy of seeing and reseeing -- I loved "Jeremiah Johnson" more in the second and third and fourth watchings, and "The Electric Horseman" is an epigram of its time.

Pollack loved movies, yes, but he equally he loved movie-makers. If in the past decade or so his own films ("The Interpreter," "Random Hearts") have been less than memorable, he made a huge contribution in supporting young filmmakers, famously mentoring and advising many of the towering talents of today, and often appearing in their films in cameos. (No, I don't mean Woody Allen, though he was in his films too.) In an interview I did with Pollack in 2002, he talked about feeling burned out by the end of the 1980s, of feeling fearful of making more movies in a Hollywood that seemed to favor teen boys and fancy explosions. "I didn't want to repeat myself," he said. "Films were getting geared to younger people, and it was hard to find something I was really passionate about."

He called  Steven Soderbergh just after the crashing success of "sex, lies and videotape" in 1990. "I just called him on a whim. I said, 'Look I know everybody's after you. I know this is a tricky time. I just want to throw my hat in the ring as a big fan. I'd love to work with you.'" Soderbergh readily gave Pollack a book, "The Last Ship," an apocalyptic story about recolonizing the world, with two submarines that were underwater when a bomb hits.  "A fascinating story," said Pollack. "We never got anywhere with it." Then he paused. "That's the way it is with most things. Most things don't see light of day." And he worried about not being with the times, as films got edgier and pushed the limits of the norms of his generation. Paul Thomas Anderson offered Pollack the role of the porn filmmaker in "Boogie Nights" that went to Burt Reynolds. He read the script and wavered. "I thought, 'This movie could go either way,'" Pollack recalled. "I was unsure about the subject matter -- having a family and kids and everything. I don't mind some sexuality, I'm not a prude, but I couldn't tell." He saw the rough cut at Tom Cruise's house and told Anderson: "I said I was a dope for not doing this." Filmmaking is a young person's business, and Pollack's peak came in the 1970s and 1980s. But he was rare in that he continued to work to the end of his life. That was largely a reflection of how widely respected and beloved he was in the entertainment community. Rest in peace, Sydney.