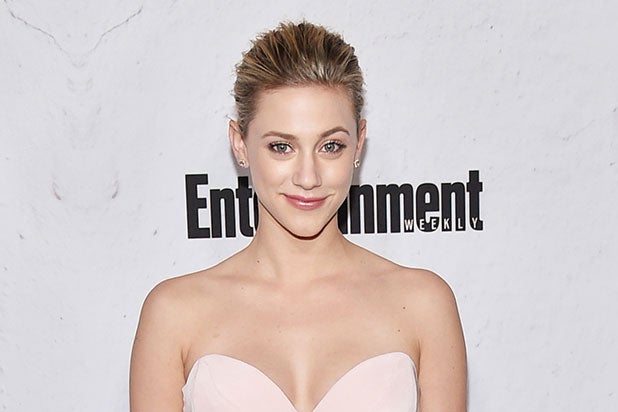 Lili Reinhart has apologized for a “racially insensitive” Instagram post depicting a demon that appeared to be painted black with the caption: “Found my Halloween costume!!” Inspired by the color of my soul.”

See Photos: How do 'Riverdale' Characters Compare to Their Comic Book Versions?

She added, “I apologize. Never meant any harm. I can see how it could’ve been misinterpreted.”

Screenshots have appeared of the post, and Perez Hilton tweeted a photo of the post “for those curious.”

For those curious. She was joking about doing blackface for Halloween. pic.twitter.com/silTFxCctE

Some took to Twitter to call the post “racist” because it seemed the 21-year-old star “wanted to do blackface as a Halloween costume.”

However, some rushed to Reinhart’s defense, writing, “I don’t understand why people were coming for Lili Reinhart for that Halloween costume. That was NOT blackface.”

miss lili reinhart wanted to do blackface as a Halloween costume

Also Read: Kim Kardashian Responds to 'Blackface' Allegations: 'I Have Learned From It'

Reinhart isn’t the first to be called out for a Halloween costume. In 2013, Julianne Hough was accused of wearing blackface while dressing up as Crazy Eyes, the inmate portrayed by Uzo Aduba on “Orange Is the New Black.”

Last year, Hilary Duff apologized for dressing up a pilgrim next to her then-boyfriend, trainer Jason Walsh, who was dressed up as a Native American, decorated with a headdress and face paint.

I apologize. Never meant any harm. I can see how it could've been misinterpreted.