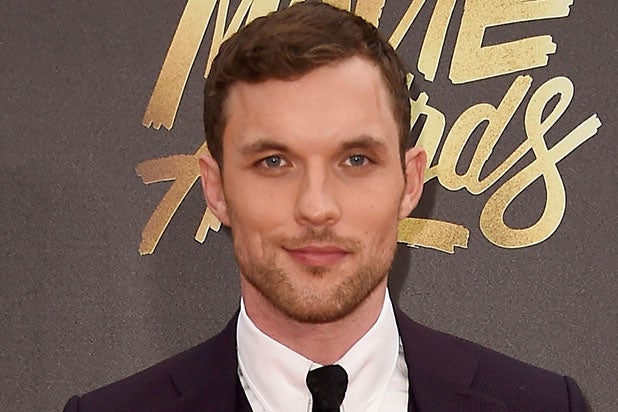 Riz Ahmed, Ava DuVernay and John Cho are just a few people who have mad respect for Ed Skrein after he exited the “Hellboy” reboot after outcry over yet another example of whitewashing in Hollywood.

“Hey internet. Thank you for your voices. An injustice was done and will be corrected,” “Hellboy” actor David Harbour tweeted in response. “Many thanks to @edskrein for doing what is right.”

On Monday, Skrein exited the “Hellboy” reboot after online outcry that the white actor would play a character who was Asian in the comic books on which the film is based.

The “Deadpool” actor joined the cast of “Hellboy” only last week cast to play rugged military member Major Ben Daimio — which will now be recast. Upon hearing of Skrein’s casting last week, many fans took to social media to call it another example of Hollywood whitewashing.

“I accepted the role unaware that the character in the original comics was of mixed Asian heritage,” the actor wrote on Instagram Monday. “It is clear this character in a culturally accurate way holds significance for people, and that to neglect this responsibility would continue a worrying tendency to obscure ethnic minority stories and voices in the Arts. I feel it is important to honour and respect that. Therefore I have decided to step down so the role can be cast appropriately.”

Hollywood has faced major backlash in terms of whitewashing: Scarlett Johansson was plagued with months worth of criticism for taking the starring role in “The Ghost in the Shell,” the remake of the classic anime franchise, which some saw as another example of an Asian character being whitewashed to appeal to a larger audience.

Tilda Swinton faced a similar issue when she was cast as The Ancient One in “Doctor Strange.” When the film’s trailer hit the web, fans said casting Swinton was racist because the character was depicted in the comics as being Tibetan — and Swinton is a white British woman.

See reactions to Skrein’s exit below.

This is SO IMPORTANT. This is exactly how to make representation equal! Thank you @edskrein. ???? https://t.co/jTz1t4oHrn

Good on you. @edskrein. Someone give this guy tons of work. https://t.co/U3vRmjpOyY

Im about to rent @TheTransporter refueled to support @edskrein. ✊????#hellboy

I wanna work with @edskrein.

Hey internet. Thank you for your voices.

An injustice was done and will be corrected.

Gonna remember this actor when writing and casting… @edskrein https://t.co/WDzDHUvKkK

Thank you @edskrein for setting the example that representation matters.

Following you now.
And will watch & support your upcoming work. https://t.co/F6j6uMsLMo

@edskrein Huge props to you for taking personal responsibility to propagate inclusivity- it's brave and hopefully inspiring to others!