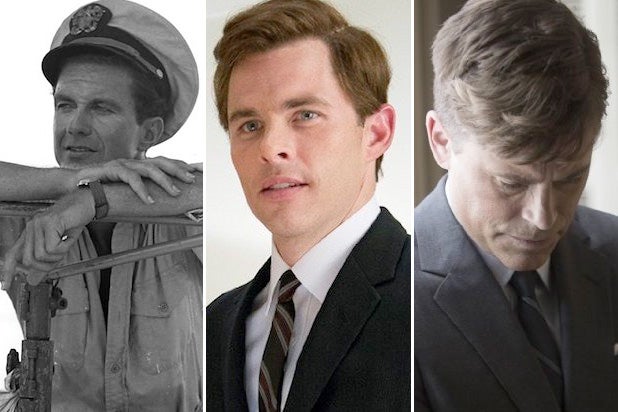 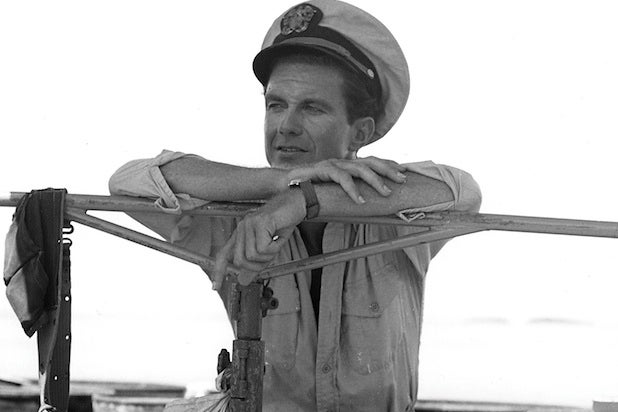 Cliff Robertson, "PT 109" (1963) •   Oscar winner Cliff Robertson ("Charly" and "Spider-Man" 1 and 2) portrayed JFK during his military years as a U.S. Navy officer in command of Motor Torpedo Boat PT-109 touring the waters of the Pacific amidst World War II. 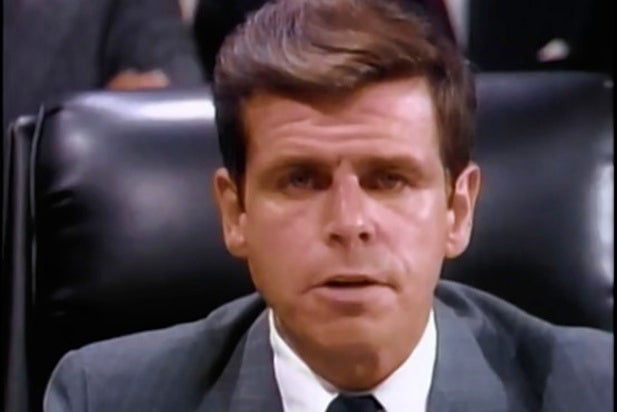 William Devane, "The Missiles of October" (1974) •   Devane ("Knots Landing," "24") portrayed JFK in this made-for-TV offering, which depicted the drama in the 1962 White House while the President's administration decided the best course of action during the Cuban Missile Crisis. 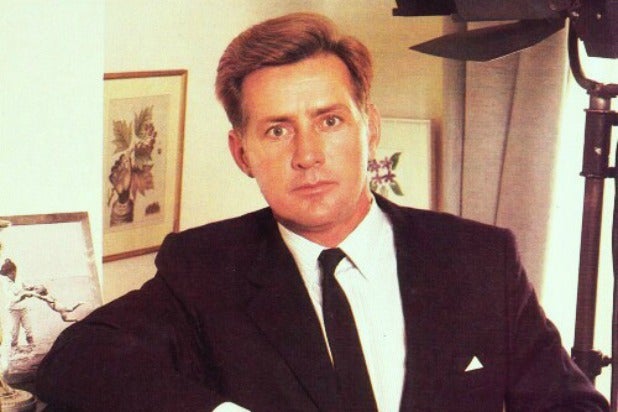 Martin Sheen, "Kennedy" (1983) •   Jed Bartlet on "The West Wing" wasn't the only Democratic president Sheen has portrayed on screen. In 1983, he played JFK in the miniseries "Kennedy." Nine years earlier he played "Jack's" younger brother Robert opposite William Devane in "The Missiles of October." 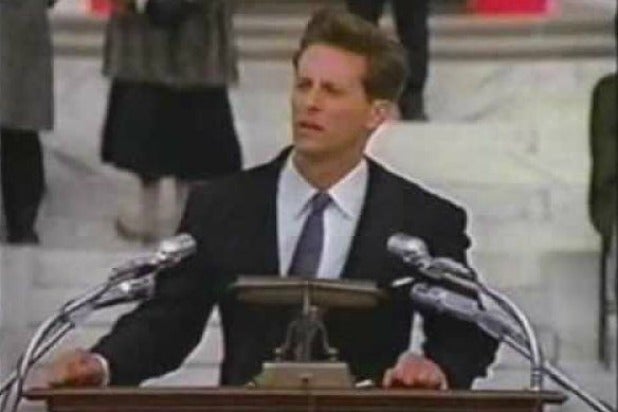 Steven Weber, "The Kennedys of Massachusetts" (1990) •   The "13 Reasons Why" star played a young JFK in the ABC miniseries, which focused on the 54-year marriage on the family patriarch and matriarch, Joseph and Rose, the expanding of their family and Joseph's wandering eye. 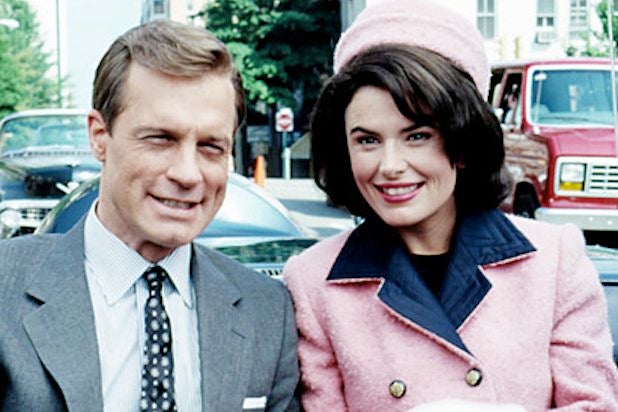 Stephen Collins, "A Woman Named Jackie" (1991) • Long before his stint as Rev. Eric Camden on "7th Heaven" (1996-2007), and even before he beguiled a young Keri Russell in "The Babysitter's Seduction," the actor played Kennedy. Collins did so opposite Roma Downey as Jackie Kennedy in the TV miniseries that focused on the FLOTUS. 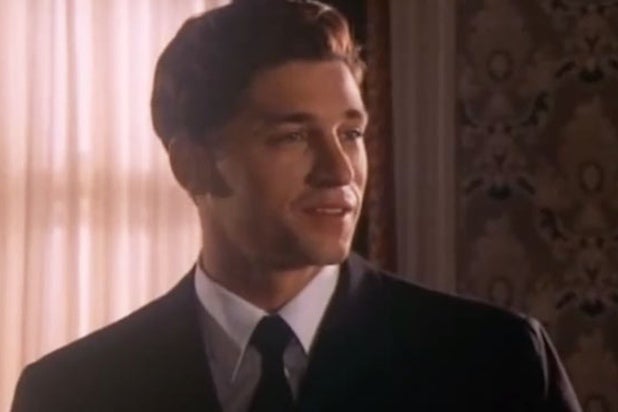 Patrick Dempsey, "JFK: Reckless Youth" (1993) •  Believe it or not, Dempsey had other roles before he became McDreamy on "Grey's Anatomy." This includes his performance as America's dreamiest Commander-in-Chief during his early years before the presidency in this two-part TV miniseries, which aired on ABC. 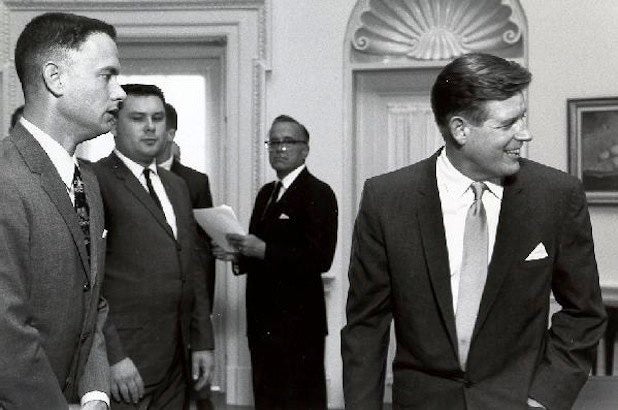 Jed Gillin, "Forrest Gump" (1994) •  Audiences didn't see the actor in Robert Zemeckis' Oscar-winning drama, but they did hear his voice when Gump (Tom Hanks) met the president at the White House after drinking 15 bottles of Dr Pepper. The picture features Gillin on film before the John F. Kennedy's head was superimposed. 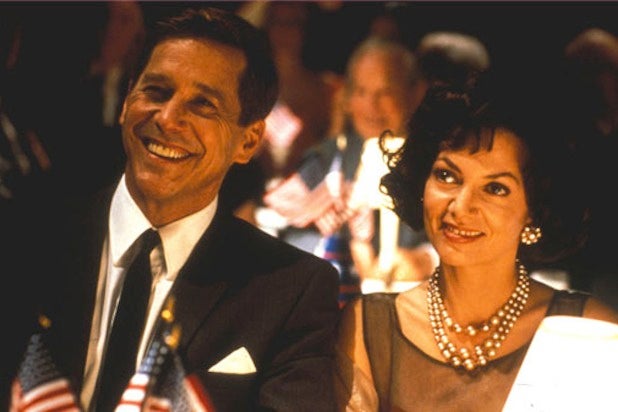 Tim Matheson, "Jackie Bouvier Kennedy Onassis" (2000) •  The "Animal House" star played Kennedy in the TV movie starring Joanne Whalley as his First Lady, a woman of many names and facets, as the title implies. 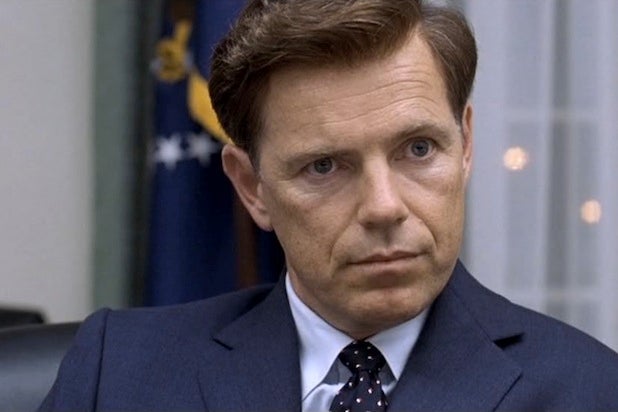 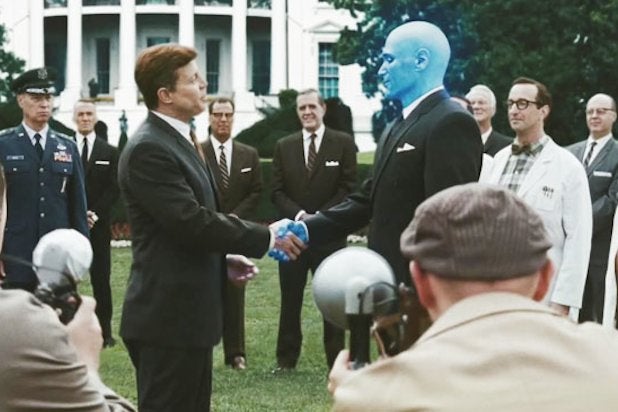 Brett Stimely, "Watchmen" (2009) •  The actor makes a quick appearance as Kennedy when the White House extends its thanks to Dr. Manhattan (Billy Crudup) for quickly ending the Vietnam War in Zack Snyder's superhero movie. Stimely also made brief appearances as the same president in "Transformers: Dark of the Moon" and "Parkland." 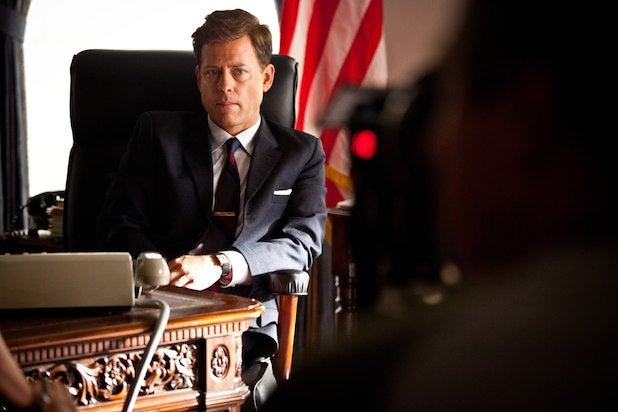 Greg Kinnear, "The Kennedys" (2011) • Kinnear played JFK opposite Katie Holmes as Jackie Kennedy and Barry Pepper as Bobby Kennedy on the eight-episode miniseries that aired on Reelz Channel. The piece went on to win four Primetime Emmys. 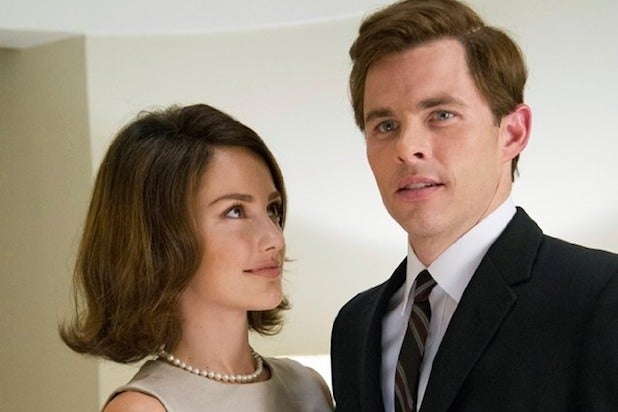 James Marsden, "The Butler" (2013) •  The "X-Men" actor played one of the many powerful Commander-in-Chiefs in Lee Daniels' civil-rights movement drama. The film centered on a White House butler who served eight presidents over the course of his career. 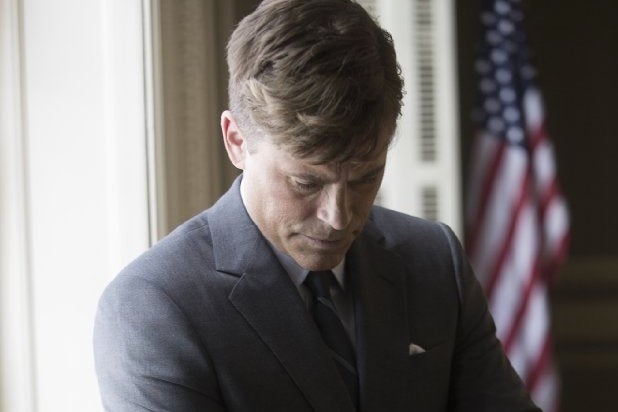 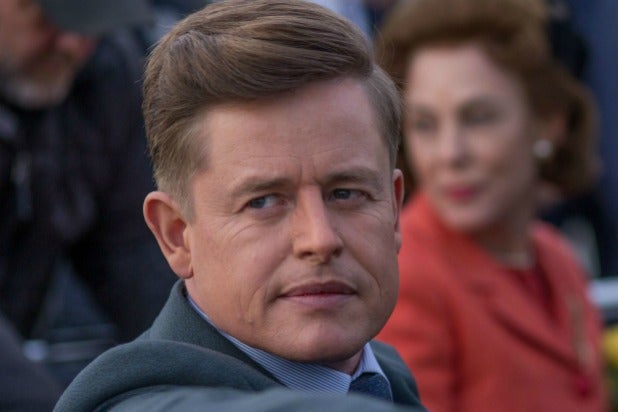 Caspar Phillipson, "Jackie" (2016) •    The Danish actor who is most noted for his work in theater, played JFK in the critically acclaimed feature film that starred Natalie Portman as the First Lady during her husband's presidency and immediately following his assassination. 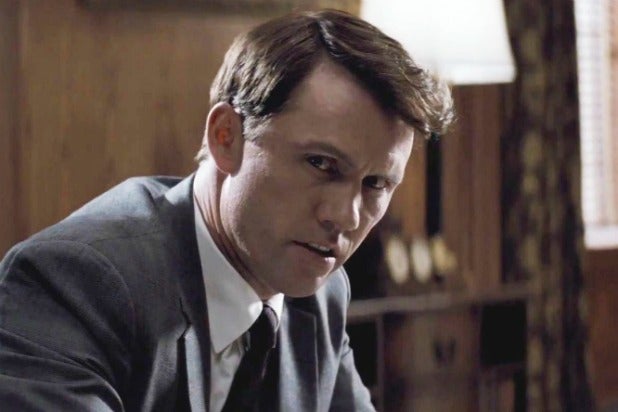 Jeffrey Donovan, "LBJ" (2017) •    The actor best known for the TV series "Burn Notice" appeared as JFK in the Rob Reiner-directed film "LBJ," starring Woody Harrelson as Vice President Lyndon Johnson, who stepped into the role of commander-in-chief after Kennedy's assassination. 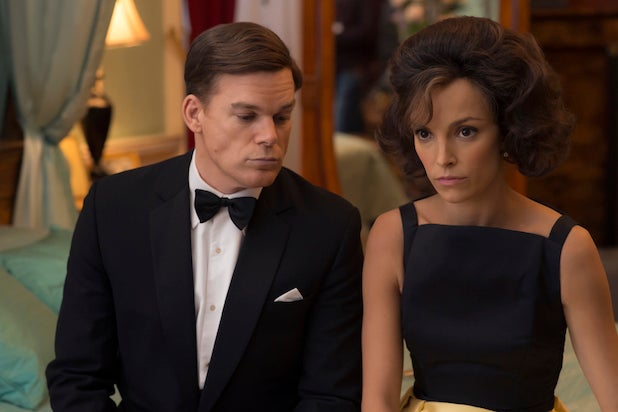 Michael C. Hall, "The Crown" (2017) •   In the second season of the Netflix series about Queen Elizabeth II, the "Dexter" star appears as a philandering American president who's addicted to painkillers. “He was very much a functional addict," Hall told Entertainment Weekly of his warts-and-all-portrayal. "And his relationship with women was certainly a well-kept secret back then.”
x
Looks like you're enjoying reading